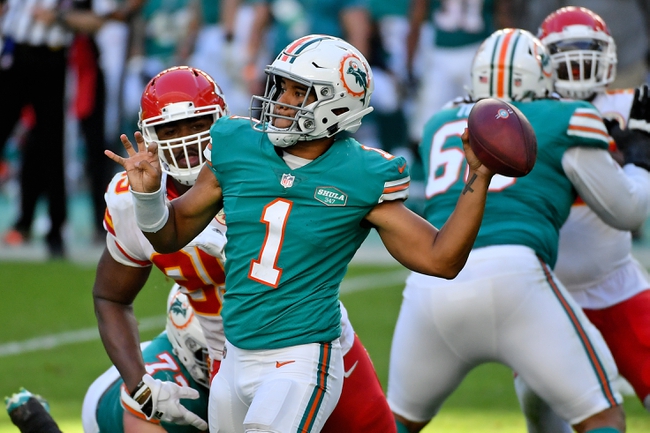 The New England Patriots and Miami Dolphins face off on Sunday in a week 15 NFL showdown at Hard Rock Stadium.

The New England Patriots have been one of the hardest teams to figure out this season and it hasn’t gotten any easier to figure out the last few games. The Patriots won back-to-back games against the Cardinals and Chargers and there was a lot of hope surrounding this team. IN the last game though against the Rams the offense could only manage three points while the defense gave up 34 points and that led to the blowout loss. On the season the Patriots are averaging 21.3 points per game while their defense is giving up 21.5 points per game. The defense is going to need to step up in this game. Cam Newton has been a threat with his legs, but the last three games he has struggled to throw the ball. Over the last three games Newton has thrown for less than 290 yards total. Newton needs to be more consistent with throwing the ball.

On the other side of this matchup is the Miami Dolphins who have won eight games this year and they have won two of his last three games. The one loss during that stretch was in their last game against the Chiefs a game they lost 27-33. In the last game the Dolphins did pick up Patrick Mahomes three times, but as the game went on the defense let them down. Quarterback Tua Tagovailoa has thrown for 316 yards, two touchdowns, and one interception. One issue for the Dolphins is running back Myles Gaskin is now on the COVID list. DeAndre Washington was the leading rusher in the last game, and he had 13 carries for 35 yards. In this game if the Dolphins want to win this game, they need to step up and slow down Cam Newton.