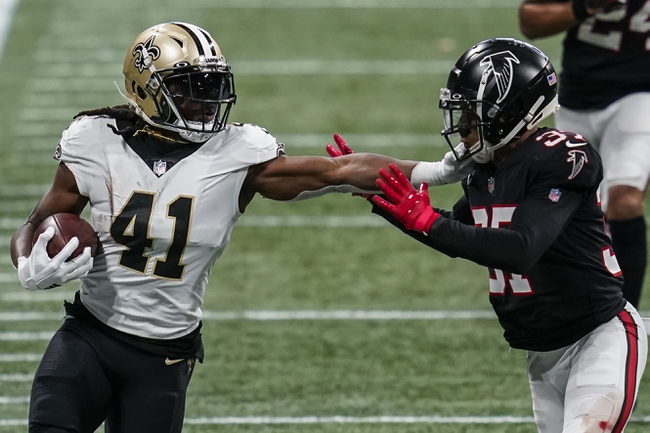 The Kansas City Chiefs will travel to the Mercedes-Benz Superdome to take on the New Orleans Saints this Sunday afternoon in NFL action.

The Kansas City Chiefs won their 8th straight game and improved to 12-1 on the season after defeating the Miami Dolphins, 33-27, this past Sunday. Kansas City found themselves down by a 10-0 margin early in the 2nd quarter against the improved Dolphins, however, Kansas City finally got into their offensive groove and was able to hand on late after 30 unanswered points gave the Chiefs a 30-10 lead with 6:52 left in the 3rd quarter. Kansas City outgained Miami by a 448-367 margin, however, did lose the turnover battle by a 4-1 margin in the victory. Leading the way for the Chiefs was TE Travis Kelce who had 8 receptions for 136 yards & 1 TD.

The New Orleans Saints had their 9-game winning streak snapped and dropped to 10-3 on the season after being upset by the Philadelphia Eagles, 24-21, this past Sunday. New Orleans had no answers for the rushing duo of RB Miles Sanders & QB Jalen Hurts of the Eagles and could not fight all the way back after Philadelphia went into halftime with a 17-0 lead. New Orleans was outgained by Philadelphia by a 413-358 margin while also the turnover battle by a 2-1 margin in the loss. Leading the way for the Saints was QB Taysom Hill who completed 28 of 28 passes for 291 yards, 2 TD, & 1 INT.

Kansas City is the best team in the NFL, however, they have been awful ATS as of late as they continue to allow teams to hit a backdoor cover. New Orleans didn’t look like the team we’ve seen in recent weeks against Philadelphia, however, this is still a very good football team even with Drew Brees being sidelined. New Orleans is a tough place to play, even without fans, and as I think the Saints have the type of team that can success against Kansas City as they have a strong passing defense and an offense that can run the ball to keep Mahomes off the field, I think the play here is to take New Orleans and the points in this one. Good Luck.