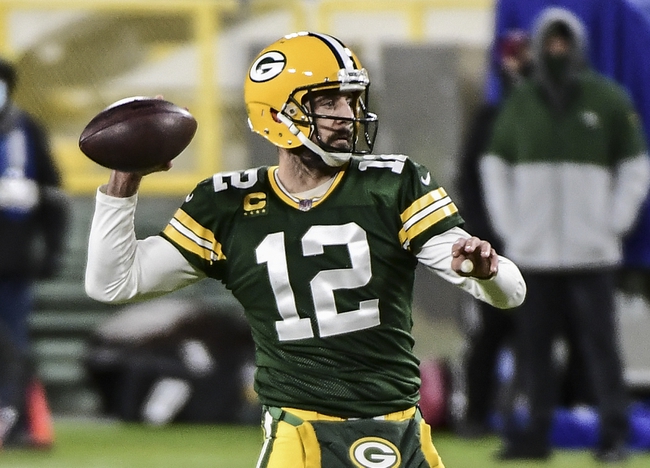 The Carolina Panthers will travel to Lambeau Field to take on the Green Bay Packers this Saturday night in NFL action.

The Carolina Panthers lost their 2nd straight game and dropped to 4-9 on the season after being defeated by the Denver Broncos, 32-27, this past Sunday. Carolina’s defense struggled against Drew Lock and the Broncos passing attack and could not fight back after Denver took a 32-20 lead on Lock’s 4th TD pass of the day with just 3:54 left in regulation. Carolina outgained Denver by a 370-365 margin and forced 1 turnover in the loss. Leading the way for the Panthers was RB Mike Davis who had 93 total yards (51 rushing; 42 receiving) & 2 TD’s.

The Green Bay Packers won their 3rd straight game and improved to 10-3 on the season after defeating the Detroit Lions, 31-24, this past Sunday. Green Bay allowed Detroit to stay in the game late after a 2-yard Kerryon Johnson TD cut the Packers lead to a 28-21 margin, however, the Packers were able to pull away after a 57-yard Mason Crosby FG gave Green Bay a 10-point lead with just 3:30 left in regulation. Green Bay outgained Detroit by a 410-293 margin and didn’t commit a turnover in the victory. Leading the way for the Packers was QB Aaron Rodgers who completed 26 of 33 passes for 290 yards & 3 TD’s while also adding a rushing TD.

Carolina has lost 7 of their last 8 games and although the offense has been able to put up some points without Christian McCaffrey, the defense has certainly struggled as they come into this game ranked 20th in scoring defense & 22nd passing defense. Green Bay has Aaron Rodgers & Davante Adams both playing at an MVP level and as I think the Green Bay comes out strong knowing that they are in the driver’s seat for the top-seed of the NFC Playoffs after the Saints losing last week, I think Green Bay wins this one by double digits and covers this spread. Good Luck!