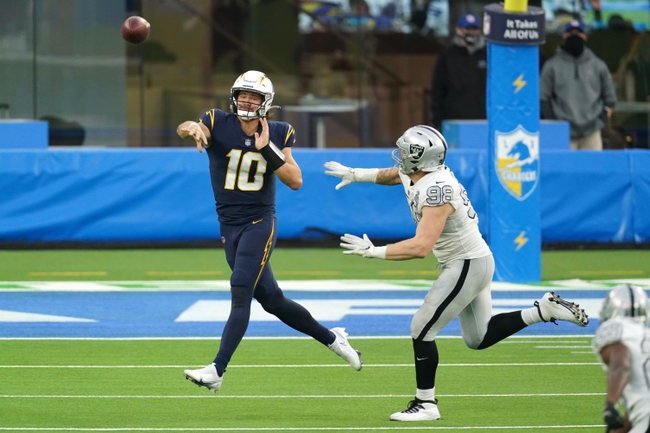 The Los Angeles Chargers are coming off a 20-17 win over the Atlanta Falcons in their last game in Week 14. The Chargers went back-and-forth throughout the game, but a 43-yard field goal as time expired by Mike Badgley won the Chargers their fourth game of the season. At 4-9, the Chargers do not really have much to play for other than contracts and draft positioning. The Chargers snapped their two-game losing streak with the win over Atlanta, but the Chargers have lost three of their last five games overall. The Chargers score 22.8 points per game and earn 395.6 total yards of offense per contest as well. The Chargers allow 27.8 points per game to their opposition and concede 347.2 total yards of offense per contest to their opponents as well.

The Las Vegas Raiders are coming off a 44-27 loss to the Indianapolis Colts in Week 14 at home. The Raiders' defense has really struggled in the past few weeks. Las Vegas has allowed 44, 28. 43, and 35 points in its last four games. Of course, the Raiders are 1-3 during that span, as allowing that many points per game is never a winning recipe. The Raiders are now 7-6 on the year and remain in second place in the AFC West standings. The Raiders have scored 26.9 points per game and earn 379.2 total yards of offense per contest as well. Defensively, the Raiders allow 30.1 points per game and concede 390.5 total yards of offense per contest to their opponents, as the defense has let the team down recently. If the Raiders can figure out what is going wrong on defense, this team still has a shot at a playoff spot in the AFC.

The Raiders open as 3.5-point favorites and the total is set at 55. I like the Raiders to win this game, but I see it being by a field goal or less. Getting that key number of 3.5 with the Chargers here is what I think holds the most value. 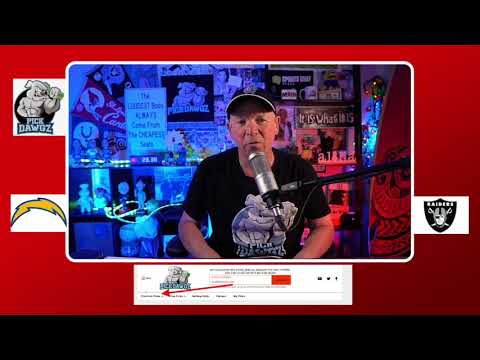