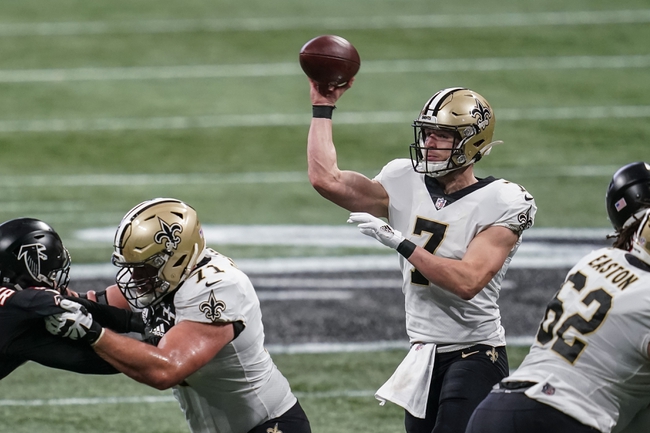 The New Orleans Saints will travel to Lincoln Financial Field to take on the Philadelphia Eagles this Sunday afternoon in NFL action.

The New Orleans Saints won their 9th straight game and improved to 10-2 on the season after defeating the Atlanta Falcons, 21-16, this past Sunday. New Orleans led by a 14-9 margin at halftime and put the game away after an Alvin Kamara 11-yard TD run with 9:01 left in the 3rd quarter gave the Saints a 21-9 lead. New Orleans outgained Atlanta by a 424-332 margin and forced 1 turnovers in the victory. Leading the way for the Saints was QB Taysom Hill who completed 27 of 37 passes for 232 yards 7 2 TD’s while also rushing for 83 yards on 14 carries.

The Philadelphia Eagles lost their 4th straight game and dropped to 3-8-1 on the season after being defeated by the Green Bay Packers, 30-16, this past Sunday. Philadelphia struggled offensively early against the Packers and although the Eagles fought back after switching to Jalen Hurts at QB, Green Bay was able to put the game away on the 77-yard TD run by Aaron Jones with 2:36 left in regulation. Philadelphia was outgained by Green Bay by a 437-278 margin and committed 1 turnover in the loss. Leading the way for the Eagles was QB Jalen Hurts who completed 5 of 12 passes for 109 yards, 1 TD, & 1 INT after taking over for a struggling Carson Wentz.

We will have to keep an eye on the Philadelphia news this week considering their starting QB, however, I just don’t see how they can’t go with Jalen Hurts after another terrible performance by Carson Wentz. At the same time, whether they go with Wentz or Hurts, I think Philadelphia will struggle regardless against an underrated New Orleans defense and that Taysom Hill continues his solid play at QB against a below average Philadelphia defense, I’m taking New Orleans to cover this road spread. Good Luck! 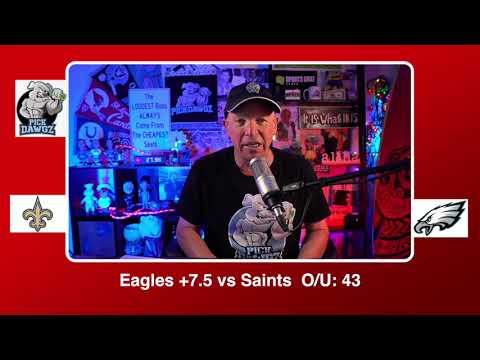