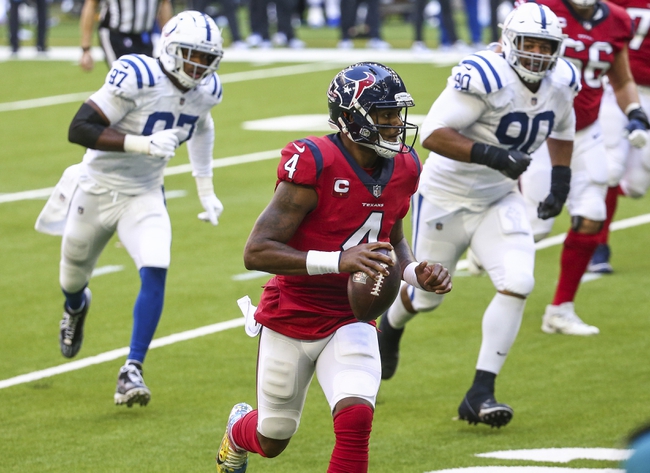 The Houston Texans will travel to Soldier Field to take on the Chicago Bears this Sunday afternoon in NFL action.

The Houston Texans had their 2-game losing streak snapped and dropped to 4-8 on the season after being defeated by the Indianapolis Colts, 26-20, this past Sunday. Houston trailed by just a 24-20 margin at halftime, however, the offensive could not get anything going in the 2nd half and could not fight back for the victory. Houston outgained Indianapolis by a 398-371 margin, however, lost the turnover battle by a 2-0 margin in the loss. Leading the way for the Texans was QB Deshaun Watson who completed 26 of 38 passes for 341 yards, 0 TD, & 1 INT while also adding 38 rushing yards & 1 TD on the ground.

The Chicago Bears lost their 6th straight game and dropped to 5-7 on the season after being defeated by the Detroit Lions, 34-30, this past Sunday. The Bears looked like they had the game under control after taking a 30-20 lead early in the 4th quarter, however, the Bears could not hold on for the victory after the Lions scored back-to-back TD’s over a span of :41 seconds late in the 4th quarter. Chicago was outgained by Detroit by a 460-389 margin and committed 1 turnover in the loss. Leading the way for the Bears was RB David Montgomery who had 17 carries for 72 yards & 2 TD.

Houston could not pull out a win against Indianapolis, however, the Texans have looked much better as of late behind some spectacular play by Deshaun Watson. Chicago is in a free fall right now as the offense just can’t seem to put anything together and although playing at Soldier Field is always a challenge, I’m going to back Houston to cover this small road spread. Good Luck!