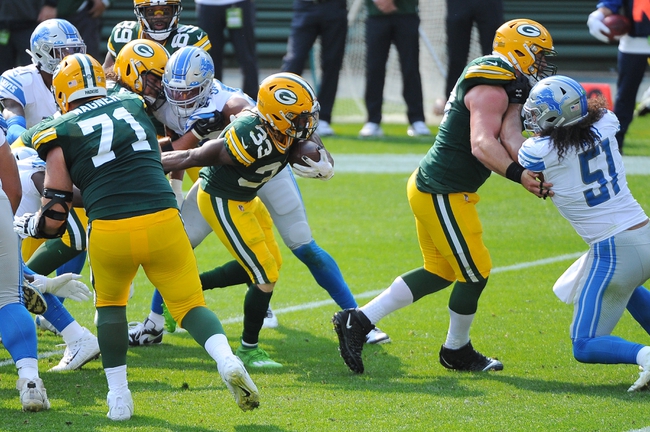 The Green Bay Packers face the Detroit Lions on Sunday, December 13th at Ford Field for an NFL football matchup.

The Green Bay Packers are coming off a 30-16 win over the Philadelphia Eagles in Week 13 on December 6th. The Packers took advantage of a weak Eagles secondary and a conflicted quarterback situation in Philly en route to their ninth win of the season. The Packers are 9-3 on the year and are completely in the driver's seat in the NFC North. The Packers have won four of their last five and two-straight games overall. The Packers score 31.6 points per game and earn 407.1 total yards of offense per contest as well. The Packers allow 24.9 points per game and concede 355.3 total yards of offense per game to their opponents. As strong as the Packers have been at Lambeau Field, Green Bay is only 4-2 on the road this season.

The Detroit Lions are coming off a 34-30 win over the Chicago Bears in their last game in Week 13 of the season. The Lions trailed in that game all the way until the 1:37 mark of the 4th quarter when an Adrian Peterson five-yard touchdown run gave the Lions the lead for the first time. The Lions rallied from a 10-point deficit in the last five minutes of the game to earn their fifth win of the season and at least keep their playoff hopes alive for a bit longer. On the year, the Lions score 23.8 points per game and earn 374.6 total yards of offense per contest as well. The Lions allow 29.8 points per game and concede 408.4 total yards of offense per game to their opponents as well.

The Packers open as a 7.5-point favorite and the total is set at 55. I like both teams to do some damage on the scoreboard in this one, as neither defense impresses me much. Both quarterbacks are highly-skilled and I think the over hits here at Ford Field.