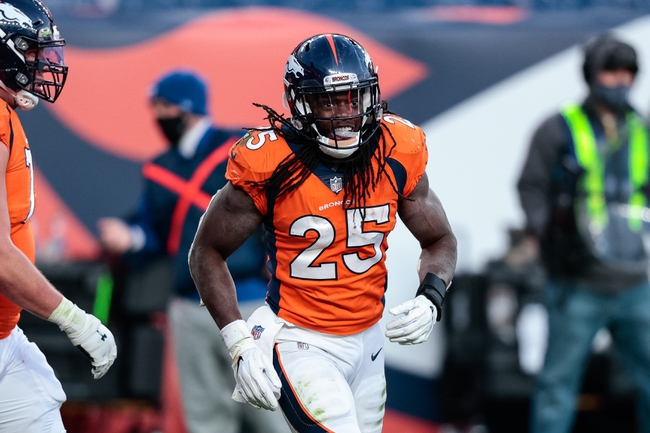 The Denver Broncos will travel to Bank of America Stadium to take on the Carolina Panthers this Sunday afternoon in NFL Action.

The Denver Broncos lost their 2nd straight game and dropped to 4-8 on the season after being defeated by the Kansas City Chiefs, 22-16, this past Sunday night. Denver was competitive against the Chiefs behind a strong defensive effort and had a chance for a game-winning drive with just over a minute left, however, the Broncos fell short after the Chiefs Tyrann Mathieu picked off Drew Lock for the 2nd time of the game. Denver was outgained by Kansas City by a 447-330 margin and lost the turnover battle by a 2-0 margin in the loss. Leading the way for the Broncos was Melvin Gordon III who had 131 rushing yards on 15 carries.

The Carolina Panthers are coming off their bye week with an overall record of 4-8 after being defeated by the Minnesota Vikings, 28-27, on November 29th. Carolina took a 27-21 lead late on a 21-yard FG by Joey Slye with just 1:51 left in regulation, however, Minnesota was able to drive down the field and pull out the victory on a 10-yd TD receptions by Chad Beebe with just :46 seconds left in the game. Carolina was outgained by Minnesota by a 387-374 margin and won the turnover battle by a 3-1 margin in the loss. Leading the way for the Panthers was WR Robby Anderson who had 4 receptions for 94 yards & 1 TD.

Carolina has lost 6 of their last 7 games and just doesn’t have the same offense without Christian McCaffrey in their backfield. Denver has some question marks on the offensive end, however, as I think that they will be able to get the run game going against the Panthers average run-defense and that the defense has another strong performance, I think the play here is to take Denver and the points. Good Luck!