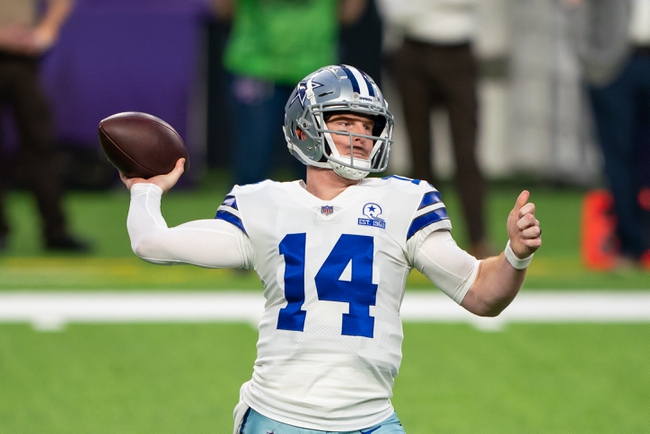 The Dallas Cowboys and Cincinnati Bengals face off on Sunday in a Week 14 NFL showdown at Paul Brown Stadium.

The Dallas Cowboys have struggled this season and a big reason has been because of the injury to Dak Prescott earlier in the season. The Cowboys have only won three games on the year and they have lost two straight games. In the last game on Tuesday against the Baltimore Ravens they gave up 34 points and that led to the loss. Andy Dalton hasn’t been awful, but the defense hasn’t given him any favors. In the last game against Baltimore Dalton threw for 285 yards, two touchdowns, and a touchdown. Overall this season, Dallas is averaging 22.3 points per game while their defense is giving up 32.8 points per game. The best wide receiver for the Cowboys has still been Amari Cooper who has caught 107 passes for 891 yards and four touchdowns.

On the other side of this matchup is the Cincinnati Bengals who also have turned to their backup quarterback after Joe Burrow was lost for the season. There hasn’t been a whole lot of talk about it, but it unclear who will start in this game. Brandon Allen started the last game throwing for 153 yards  a touchdown and an interception but Ryan Finley also got playing time too. Allen was forced from the last game because of injury and it’s unclear if he will be able to go in this game.On the season the Bengals are averaging 19.8 points per gam while the defense is giving up 25.7 points per game. In this game whoever is under center will need to be good.

I don’t trust Dalton, but I trust him more than either of the guys who could be starting under center for the Bengals. In this game look for Dalton to have a big game, and the Bengals won’t be able to keep up. Back the Cowboys to win the game and cover the spread.