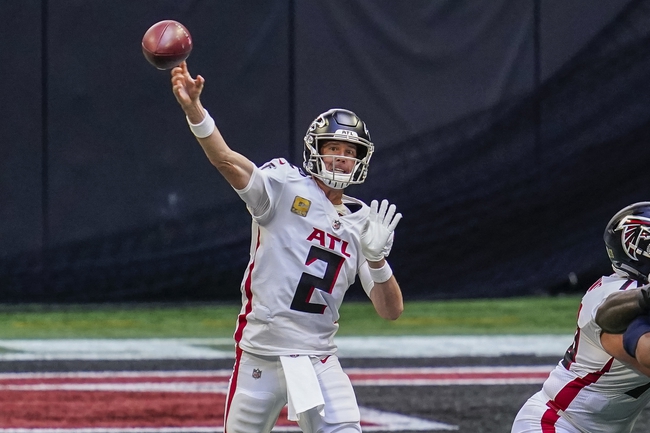 The Atlanta Falcons and Los Angeles Chargers face off on Sunday in a Week 14 NFL showdown at SoFi Stadium.

The Atlanta Falcons have had some struggles this season and coming into this game they have lost two of the last three games. In the last game against the New Orleans Saints the defense actually wasn’t terrible giving up only 21 points, but the offense could only manage 16 points, and that led to the loss. This is a Falcons offense that is averaging 25.9 points per game which is 13th in the NFL, but Matt Ryan has been inconsistent at best. In the last game Ryan completed only 48.7 percent passes and they are going to need him to be better in this game. The Falcons are averaging only 100.7 yards per game on the ground, and they are going to need to get more help from the running game.

On the other side of this matchup is the Los Angeles Chargers who have struggled this year and they are coming off their worst loss of the season. In the last game the offense really struggled scoring only zero points and that led to a 45-0 loss. Justin Herbert really looked a lot like a rookie in the last game throwing for 209 yards, zero touchdowns, and two interceptions. On the season, the Chargers are averaging 23.1 points per game while the defense is giving up 28.8 points per game. The special teams also allowed a touchdown in the last game and in this game they are going to need to play a more complete game and not let up the big plays.

The Chargers looked terrible in the last game and I expect a big game from Matt Ryan. Look for the Falcons offense to find success and that will lead to the Falcons winning this game and covering the spread.