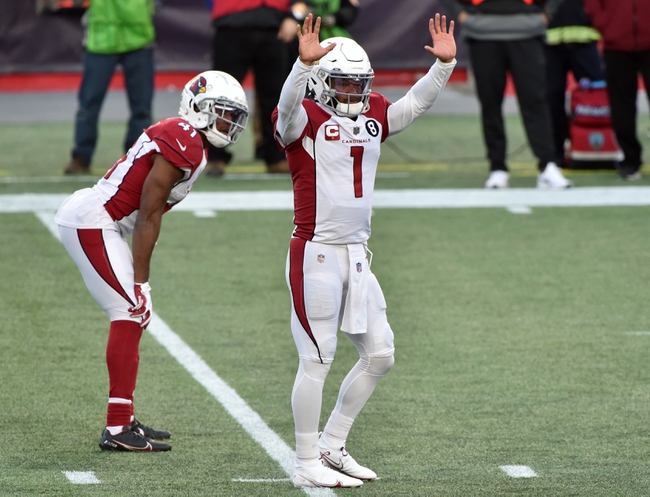 The Arizona Cardinals will travel to MetLife Stadium to take on the New York Giants this Sunday afternoon in NFL action.

The Arizona Cardinals lost their 3rd consecutive game and dropped to 6-6 on the season after being defeated by the Los Angeles Rams, 38-28, this past Sunday. Arizona had no answers for Jeff Goff and the Rams offense and couldn’t fight back after a 38-yard TD run by Darrell Henderson Jr. gave the Rams a 31-21 lead with 10:07 left in regulation. Arizona was outgained by Los Angeles by a 463-232 margin and lost the turnover battle by a 2-1 margin in the loss. Leading the way for the Cardinals was QB Kyler Murray who completed 21 of 39 passes for 173 yards, 3 TD, & 1 INT.

The New York Giants won their 4th straight game and improved to 5-7 on the season after upsetting the Seattle Seahawks, 17-12, this past Sunday. New York was incredible defensively against the high-powered Seattle offense and could not fight back after a 6-yard TD reception by Alfred Morris gave the Giants a 14-5 lead late in the 3rd quarter. New York was outgained by Seattle by a 327-290 margin, however, won the turnover battle by a 2-1 margin in the victory. Leading the way for the Giants was RB Wayne Gallman who had 16 carries for 135 rushing yards.

These two team have been heading in different directions as of late, however, as much as I’m solid on the Giants defense, I just can’t trust and offense that is led by Colt McCoy & Wayne Gallman. Arizona is almost in a must-win game after dropping their last three and as they have enough offensive weapons to put up points against the Giants, I think the play here is to take Arizona to cover this small road spread. Good Luck!