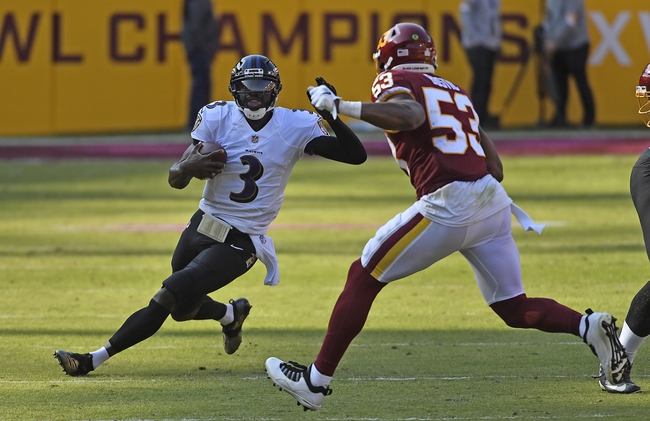 The Dallas Cowboys face the Baltimore Ravens on Tuesday, December 8th at M&T Bank Stadium for an NFL football matchup.

The Dallas Cowboys are coming off a 41-16 loss to the Washington Football Team on Thanksgiving Day in Week 12. The Cowboys are now 3-8 and are in dead last in the NFC East division standings. The Cowboys have lost four of their last five games, as the only win during that stretch was over the Minnesota Vikings in Week 11. The Cowboys score 22.8 points per game and earn 402.6 total yards per contest as well. The Cowboys allow 32.6 points per game, as Dallas has had one of the worst defenses in the entire league this season. The Cowboys do not have much hope when it comes to a playoff spot, as the NFC East standings are separating a bit. The Cowboys will look to spoil any hopes that the Ravens have in this road game, but it will not be an easy task by any means.

The Baltimore Ravens have had a miserable week this week after dealing with COVID-19. The Ravens' game with the Pittsburgh Steelers was postponed four times (as it was originally supposed to be played on Thanksgiving Day) and finally took place on Wednesday, December 2nd. A Lamar-less Ravens team lost to their AFC North rivals by the final score of 19-14 on the road for their third straight loss. With plenty of players on the IR list for COVID, the Ravens will look to move forward and earn a must-win over the Cowboys in this one. The Ravens are 6-5 on the year and could be at risk of missing what seemed like a guaranteed postseason spot. The Ravens' offense has struggled recently, even with Lamar Jackson on the field.

The Ravens are seven-point favorites at home in this one. I like Baltimore to flex its muscles and earn a big win at home against a weak Cowboys team. I like the Ravens to win by at least 10 points at home in this matchup, and I will lay the seven here.