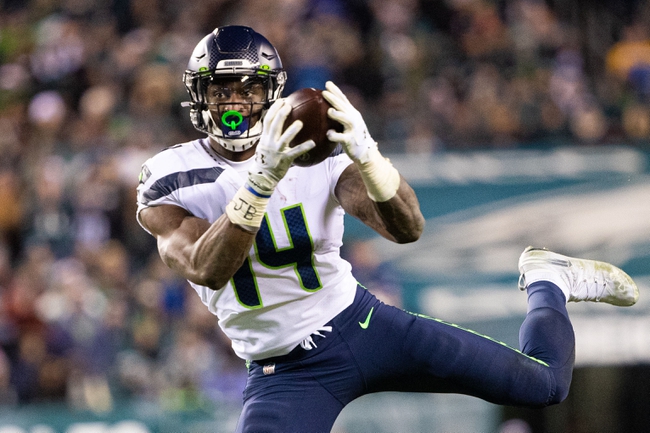 The New York Giants will travel to Lumen Field to take on the Seattle Seahawks this Sunday afternoon in NFL action.

The New York Giants won their 3rd straight game and improved to 4-7 on the season after defeating the Cincinnati Bengals, 19-17, this past Sunday. New York had trouble finding the endzone, but got four FG’s by Graham Gano, including a 32-yard FG with 3:59 left in the 4th quarter that gave the Giants a 19-10 lead and put the game out of reach. New York outgained Cincinnati by a 386-155 margin and won the turnover battle by a 3-1 margin in the victory. Leading the way for the Giants was Evan Engram who had 6 receptions for 129 yards.

The Seattle Seahawks won their 2nd straight game and improved to 8-3 on the season after defeating the Philadelphia Eagles, 23-17, this past Monday night. Seattle’s defense was outstanding in the 1st half and the Seahawks has no problem securing the victory after back-to-back FG’s by Jason Myers gave Seattle a 20-9 lead with 11:08 left in the 4th quarter. Seattle outgained Philadelphia by a 301-250 margin and didn’t commit a turnover in the victory. Leading the way for the for the Seahawks was DK Metcalf who had 10 receptions for 177 yards.

New York has been playing some decent football as of late, especially on the defensive end, however, it’s hard to imagine the Giants being able to slow down Russell Wilson and the Seattle offense on the road. Seattle’s defense is statistically awful, however, has made some major steps forward over the last two weeks and as I expect Seattle to give Colt McCoy and the Giants offense trouble, I’m taking Seattle to cover this large home spread.