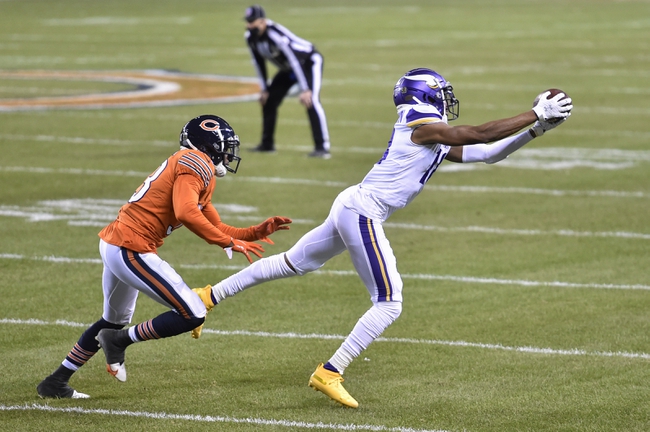 The Jacksonville Jaguars face the Minnesota Vikings on Sunday, December 6th at U.S. Bank Stadium for an NFL football matchup.

The Jacksonville Jaguars are coming off a 27-25 loss to the Cleveland Browns. The Jags had no other choice but to start Mike Glennon at quarterback in that game, and he actually performed quite well in the tough spot. Glennon threw for 235 passing yards, two touchdowns, and did not throw any interceptions in the loss. Since beating the Colts in Week 1, the Jaguars have lost ten-straight games and are 1-10 on the year. With the GM fired, the Jaguars will most likely be going through a complete reconstruction. The Jaguars score 20.6 points per game and earn 347.9 total yards of offense per contest as well. The Jaguars defense has struggled badly this season, allowing 29.5 points per game. The Jaguars will look to spoil any hope of a postseason berth for the Vikings, but this will be a tough spot for them on the road.

The Minnesota Vikings are coming off a 28-27 win over the Carolina Panthers in Week 12 of the season at home. Even without their stud receiver in Adam Thielen, the Vikings were able to squeak out a slim victory thanks to a missed field goal by Carolina as time expired. The Vikings are now 5-6 and still have a small chance at a playoff spot in the NFC. The Vikings will need to win this game at home, and it looks like they have a great chance of doing so. The Vikings score 26.5 points per game and earn 397.4 total yards of offense per contest as well. Dalvin Cook is having yet another stellar season for Minnesota, and he will be key in this game. The Vikings allow 27.7 points per game, as their defense has taken a step back after a solid season in 2019.

The Vikings open as 9.5-point favorites and the total is set at 52. As bad as the Jaguars have been this season, they have not been too bad against the spread (4-6). The Jaguars seem to keep games like these close, so I will take them and the points here.