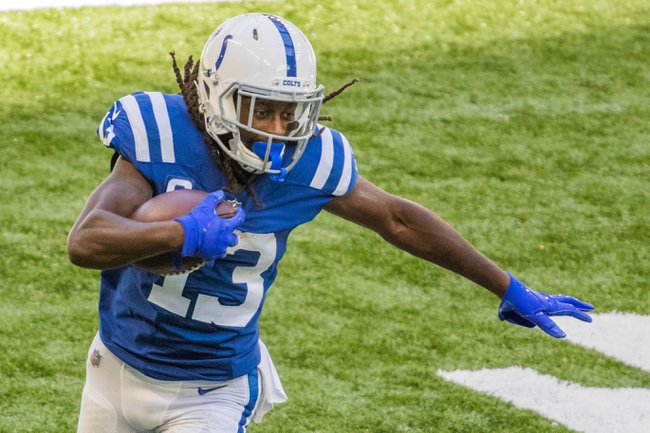 The Indianapolis Colts will travel to NRG Stadium to take on the Houston Texans this Sunday afternoon in NFL action.

The Indianapolis Colts had their 2-game winning streak snapped and dropped to 7-4 on the season after being defeated by the Tennessee Titans, 45-26, this past Sunday. Indianapolis has no answers for Derrick Henry who rushed for 178 yards & 3 TD’s and could not fight back after the Titans scored 24 unanswered points to take a 38-14 lead late in the 3rd quarter. Indianapolis was outgained by Tennessee by a 449-336 margin and committed one turnovers in the loss. Leading the way for the Colts was QB Philip Rivers who completed 24 of 42 passes for 295 yards, 2 TD, & 1 INT.

The Houston Texans won their 2nd straight game and improved to 4-7 on the season after defeating the Detroit Lions, 41-25, on Thanksgiving. Houston had no trouble finding success through their passing game and had no trouble securing the victory after a 40-yard TD reception by Will Fuller gave Houston a 34-17 lead with 12:09 left in the 4th quarter. Houston was outgained by Detroit by a 388-384 margin, however, did win the turnover battle by a 3-1 margin in the victory. Leading the way for the Texans was QB Deshaun Watson who completed 17 of 25 passes for 318 yards & 4 TD’s.

Houston has won two in a row and has a great duo on Deshaun Watson & Will Fuller V, however, I think they will have a hard time with the Indianapolis defense as the Texans have little to no rushing attack. Indianapolis has a balanced attack and as I think Phillip Rivers and the Colts offense will be able to find some success against the Texans defense, I’m taking Indianapolis to cover this small spread. Good Luck! 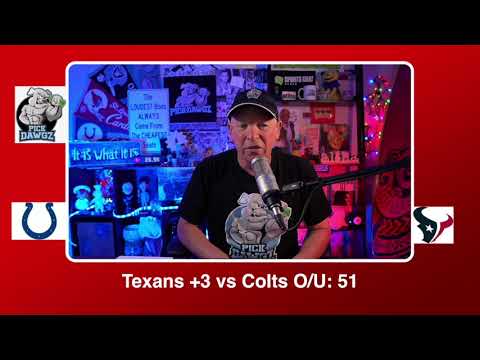