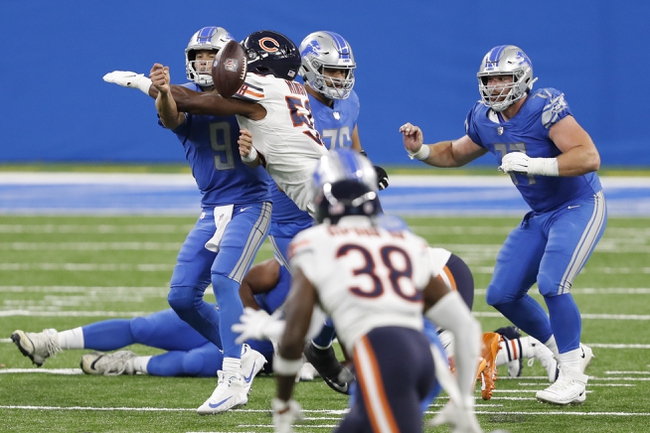 The Detroit Lions face the Chicago Bears on Sunday, December 6th at Soldier Field for an NFC North matchup.

The Detroit Lions are coming off a 41-25 loss to the Houston Texans on Thanksgiving Day in Week 12. The Lions' secondary was torched in that game, allowing Deshaun Watson to throw for 318 yards and four passing touchdowns. Detroit was able to stop the run rather well, but Watson had a field day nonetheless. The Lions are now 4-7 and are virtually out of playoff contention at this point in this season. The Lions have lost back-to-back games against two under .500 teams in the Panthers and Texans, which is never a good sign. The Lions have had consistency issues on both sides of the ball this season, which have plagued the team. The Lions score 22.9 points per game and earn 366.6 total yards of offense per contest as well. The Lions have struggled to run the ball this season, as they only average 96.6 rushing yards per contest. The Lions allow 29.8 points per game, which is well below the league's average in terms of defense.

The Chicago Bears also allowed 41 points in their loss in Week 12 against the Packers, and in fact, the Bears lost by the exact same scoreline of 41-25. The Bears have been a total mess since their great start to the season, as now Chicago has lost five games in a row since being 5-1 at the start of the year. The Bears' defense, which has actually played well this season, was blown to pieces by Aaron Rodgers and the Packers on Sunday Night Football. Rodgers threw for four touchdown passes in a game that was over before it started. The Bears were down 41-10 in the game but managed to score 15 garbage time points in the fourth quarter to make the scores seem less ugly. The Bears score 19.6 points per game and allow 22.7 points to opposing teams this season.

The Bears open as 5.5-point favorites in this one and the total is set at 45. I like the Bears to win this game, but I think 5.5 points are too many to lay with a team that struggles to move the ball. I like the Lions to keep this within a field goal. 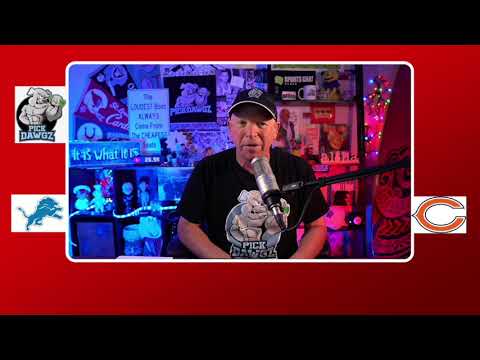