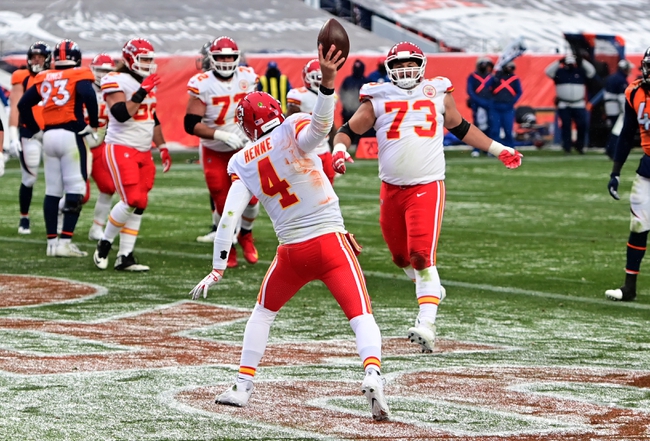 The Denver Broncos will travel to Arrowhead Stadium to take on take on the Kansas City Chiefs this Sunday night in NFL action.

The Denver Broncos dropped to 4-7 on the season after being defeated by the New Orleans Saints, 31-3, this past Sunday. It was a predicable outcome as the Broncos came into this game with no options at QB due to Coivd-19 and had to go with Kendall Hinton (practice squad WR) who ended up completing just one pass the entire game. Denver was outgained by New Orleans by a 292-112 margin and lost the turnover battle by a 3-0 margin in the loss. Leading the way for the Broncos was RB Royce Freeman who had 50 rushing yards on 8 carries.

The Kansas City Chiefs won their 6th straight game and improved to 10-1 on the season after defeating the Tampa Bay Buccaneers, 27-24, this past Saturday. The final score made the game look closer than it was as the Chiefs dominated Tampa Bay for the first three quarters and held on after entering the 4th quarter with a 27-10 lead. Kansas City outgained Tampa Bay by a 543-417 margin and forced Tampa Bay into committing two turnovers in the victory. Leading the way for the Chiefs was WR Tyreek Hill who had a historic day with 13 receptions for 269 yards & 3 TD’s.

Denver didn’t have any new positive tests on Monday which bodes well that they will at least get someone that plays QB under center this weekend, however, even if they get Drew Lock back, I think this is still going to be a rough game for the Broncos. Denver’s offense has really struggled with turnovers this season and as Kansas City is still trying to catch the Pittsburgh Steelers for the top-seed in the AFC, I expect the Chiefs offense to be rolling at home.

This is a bunch of points to cover in a rivalry game, however, as I just don’t see Denver having the offense to keep up with the Chiefs, I see Kansas City covering this large spread. Good Luck! 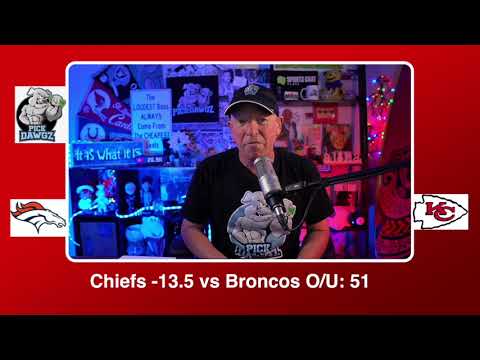