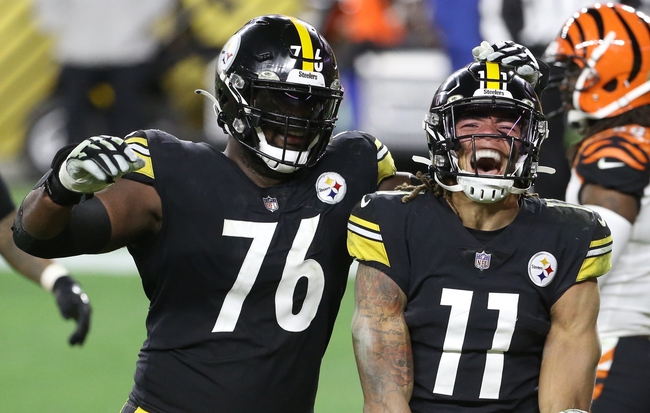 Update (12/2) - After this game being moved twice, it looks like we are going to finally get some NFL action this afternoon. Baltimore will be really thin at they will be missing Lamar Jackson, J.K. Dobbins, Mark Ingram II, & Mark Andrews on the offensive end. As I just don't see the Baltimore offense being able to get anything going on the road agianst a tough Pittsburgh defense, I'm taking Pittsburgh to cover this large spread. Good Luck!

Update (11/24): News is coming out of Baltimore that they are running into some COVID-19 issues as we know as of now that both J.K. Dobbins & Mark Ingram will be unavailable for this game. Losing Dobbins is a big blow and the backfield is going to be thin as it will be led now by the duo of Gus Edwards & Justice Hill. We will need to keep a close eye on this to ensure that all of the other Baltimore key offense players are available, but as this line has now jumped to +4 for the Ravens, I'm still sticking with Baltimore.

The Baltimore Ravens will travel to Heinz Field to take on the Pittsburgh Steelers this Sunday night in NFL action.

The Baltimore Ravens lost their 2nd straight game and dropped to 6-4 on the season after being defeated by the Tennessee Titans, 30-24 in OT, this past Sunday. Baltimore was able to OT after a Justin Tucker 29-yard FG with just :15 seconds left in the 4th quarter, however, the Ravens had no answers for Derrick Henry in OT and allowed Tennessee to pick up the victory after a Henry 29-yard TD run. Baltimore was outgained by Tennessee by a 423-306 margin and committed one turnover in the loss. Leading the way for the Ravens was TE Mark Andrews who had 5 receptions for 96 yards & 1 TD.

The Pittsburgh Steelers stayed perfect on the season, improving to 10-0 on the season, after defeating the Jacksonville Jaguars, 27-3, this past Sunday. Pittsburgh was outstanding defensively, picking off Jake Luton four times, and had no trouble picking up the victory after going into halftime with a 17-3 lead. Pittsburgh outgained Jacksonville by a 373-206 margin and won the turnover battle by a 4-1 margin in the victory. Leading the way for the Steelers was WR Diontae Johnson who had 12 receptions for 111 yards.

Pittsburgh comes into this game with a ton of momentum, which including a victory against Baltimore on the road earlier this season, however, I’m not completely confident in this Steelers team who outside of the Ravens and Titans, have faced teams that currently have a combined record of just 26-52-2. Baltimore has struggled as of late, however, this is an more important game for the Ravens and as I think Lamar Jackson & J.K. Dobbins will be able to have some success on the offensive side of the ball, I think the play here is to take Baltimore and the points. Good Luck! 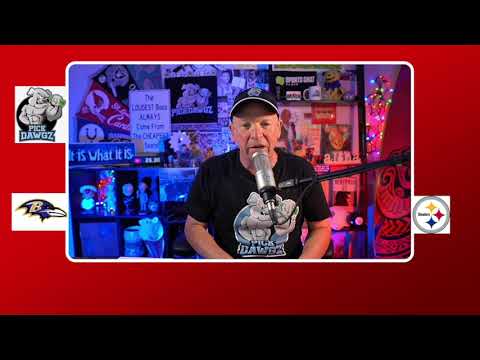