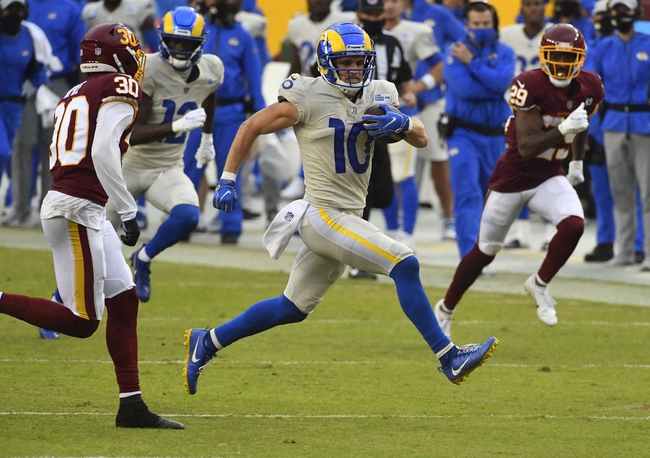 The San Francisco 49ers were on their bye week in Week 11. The 49ers' last game was on November 15th on the road against the New Orleans Saints. In that game, the Saints defeated the 49ers by the final score of 27-13. The 49ers are now 4-6 on the year, which puts them in fourth place in the NFC West standings. The 49ers have dealt with various injuries and underwhelming performances from a large group of their players in 2020, as it has been a very disappointing season for the defending NFC champions. The 49ers score 23.8 points per game on 383.8 total yards of offense per contest. The 49ers allow 23.4 points per game to their opposition, as the defense has held up virtually well in 2020.

The Los Angeles Rams are coming off a 27-24 win over the Tampa Bay Buccaneers in Week 11. The Rams and Bucs went back-and-forth offensively in the first half of the game, but the defense reigned supreme in the second half. The Rams intercepted Tom Brady with under two minutes to go to seal the deal and earn their 7th win of the year. At 7-3, the Rams are now tied with the Seahawks for first place in the NFC West standings. The Rams score around 25.0 points per game so far this season. The defense for Los Angeles has been excellent, allowing only 19 points per game to its opponents thus far. The Rams will look to clinch a .500 season with the win over San Francisco.

The Rams open as 7-point favorites and the total is set at 46.5. The 49ers are not the same team from 2019, as this year's team is playing a completely different brand of football lately. I like the Rams to earn a double-digit victory at home here over their NFC West rivals. The Rams defense should have a field day over a weak 49ers offense that struggles to move the ball. 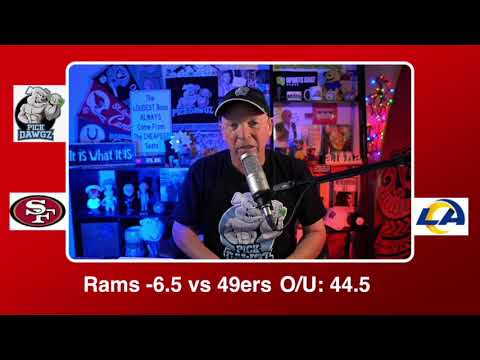