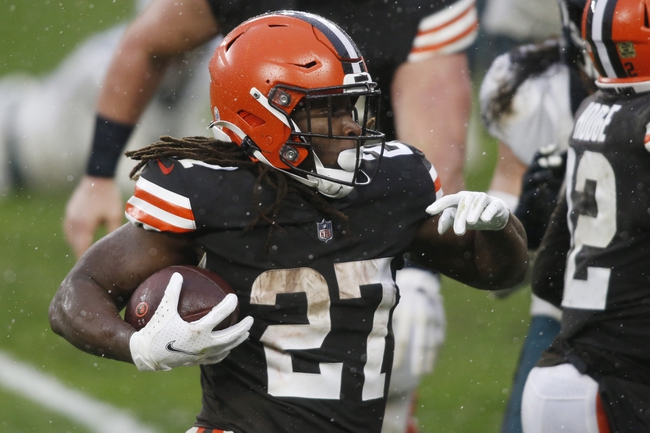 The Cleveland Browns are coming off a 22-17 win over the Philadelphia Eagles in Week 11. The Browns have now won two-straight games, both of which were at home. The Browns are 7-3 and have leapfrogged into second place in the AFC North, which has to be regarded as the best division in the AFC and maybe even the entire NFL. The Browns score 23.8 points per game and earn 353.8 total yards of offense per contest as well. The Browns' defense has held up well recently, allowing 17 or fewer points in all three of its last three games. On the year, the Browns allow 26.1 points per game to their opposition. The Browns will look to clinch a .500 or better season with a win over the lowly Jags on the road in this spot.

The Jacksonville Jaguars are coming off a 27-3 loss to the Pittsburgh Steelers at home in their last game. Jake Luton had the worst game of his early NFL career against a very tough Steelers defense. Luton threw four interceptions in the blowout loss to the league's top team currently. The Jaguars are now 1-9 on the year, as they have lost nine straight games since their Week 1 win over the Indianapolis Colts. The Jaguars score 20.2 points per game on 345.2 total yards of offense, as the Jags offense has been one of the league's most inefficient. The Jaguars' defense has not held up well either, allowing 29.8 points per game to its opposition so far this season.

The Browns open 6.5-point favorites on the road and the total is set at 48.5. The Browns would love to get to 8-3, as it would put Cleveland in an even better position to make the postseason. The Jaguars have nothing left to play for other than the first pick in the NFL draft. I will take the Browns to win this game by a touchdown on the road.