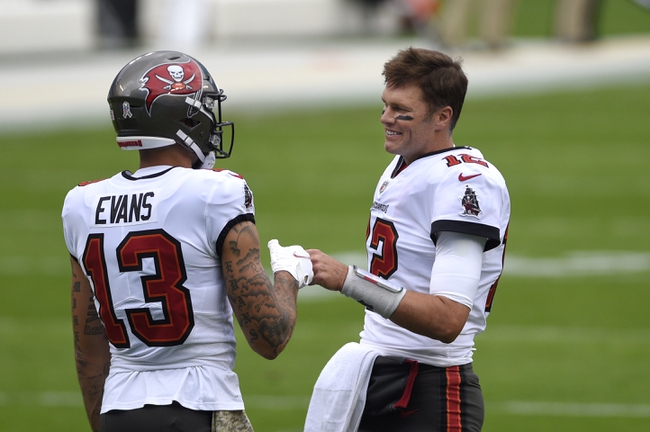 The Los Angeles Rams and Tampa Bay Buccaneers face off in a Week 11 NFL showdown at Raymond James Stadium.

This is a very key game in the NFC standings and could have a big impact on the playoff.

The Rams come into this game with a 6-3 record overall and in the last game against the Seattle Seahawks he came away with a 23-16 victory. One of the big issues for the Rams this season, when they have struggled, has been their inconsistency. In the last game against the Seattle Seahawks, it was a couple of key turnovers that allowed them to come away with a victory. The Rams are averaging 24 points per game while their defense is giving up 18.7 points per game. The 18.7 points is second-best in the NFL. Quarterback Jared Goff has had a big season throwing for 2,447 yards, 13 touchdowns, and six interceptions.

On the other side of this matchup is the Buccaneers who have won four of their last five games with the only loss coming in blowout fashion two games ago against the New Orleans Saints, a game they lost 38-3. In the last game against the Carolina Panthers the Buccaneers gave up 23 points while the offense scored 46 points. Quarterback Tom Brady had a big game throwing for 341 yards and three touchdowns. Ronald Jones is also having a big year and in the last game, he threw for 192 yards and a touchdown. On defense the Bucs are giving up 22.6 points per game and in this game the defense is going to need to be good.

The Buccaneers might be the better team but I Think Jared Goff is going to step up and find success in this game. The Rams might not do enough to cover the spread, but they will cover the spread.