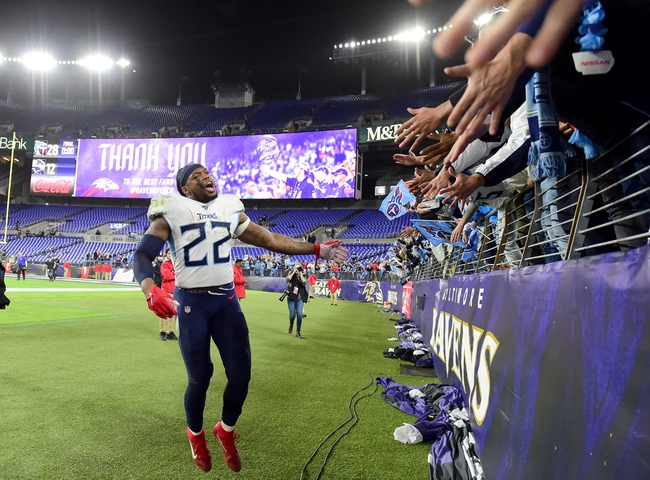 The Tennessee Titans face the Baltimore Ravens on Sunday, November 22nd at M&T Bank Stadium for a Week 11 NFL matchup.

The Titans are coming off a 34-17 loss to the Indianapolis Colts on Thursday Night Football in Week 10. The Titans have now lost three of their last four games after starting the season 5-0. The Titans are now in second place in the AFC South, tied with the Colts with a 6-3 record but losing the tie-break in divisional play. The Titans have scored 24 or fewer points in all four of their last four games, as the offense has struggled recently. On the season, the Titans score 27.7 points per game and earn 385.1 total yards of offense per contest as well. The Titans allow 26.1 points per game to their opposition, but Tennessee has conceded 27 or more in all three of their last three losses. The Titans will try to earn a bounce-back victory on the road, but it will not come easy against a frustrated Ravens team.

The Baltimore Ravens were taken down by the New England Patriots by the final score of 23-17 on Sunday Night Football in Week 10. The Ravens jumped out to a 7-0 lead, but the Patriots were able to mount a comeback and take over the momentum in the game. New England was impressive on both sides of the ball, and the Ravens did not have an answer. The Ravens are now 6-3 and are 3.0 games behind the Steelers for first place in the AFC North; therefore, a division title is improbable for Baltimore. The Ravens score 27.1 points per game and earn 362.4 total yards of offense per contest as well. The Ravens defense has excelled this season, allowing only 18.3 points per game to their opposition.

The Ravens open as 6.5-point favorites and the total is set at 47. I like the over here, as I expect both team's offenses to wake up a bit in Week 11. Both teams could use the win, and I think this game could be a back-and-forth battle offensively.