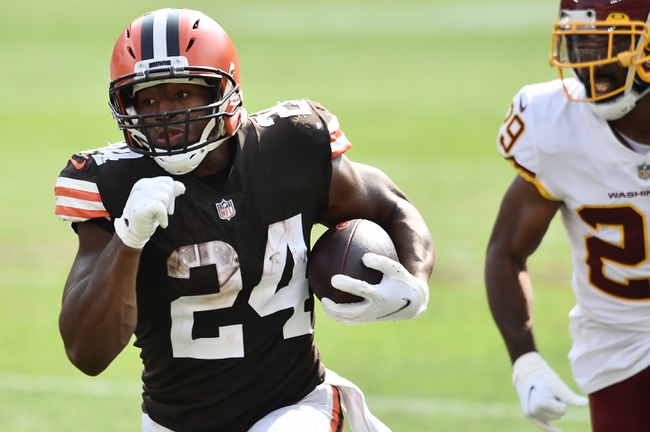 The Philadelphia Eagles will travel to FirstEnergy Stadium to take on the Cleveland Browns this Sunday afternoon in NFL action.

The Philadelphia Eagles had their 2-game winning streak snapped and dropped to 3-5-1 on the season after being defeated by the New York Giants, 27-17, this past Sunday. Philadelphia struggled finding the scoreboard against the Giants defense and could not fight back after Wayne Gallman’s 2nd TD run gave the Giants a 21-11 lead early in the 3rd quarter. Philadelphia was outgained by New York by a 382-346 margin and did not force any Giants turnovers in the loss. Leading the way for the Eagles was RB Miles Sanders who had 85 yards on 15 carries.

The Cleveland Browns improved to 6-3 on the season after defeating the Houston Texans, 10-7, this past Sunday. In a game played in very poor weather conditions, Cleveland was able to hang on to the victory late after a 9-yard TD run by Nick Chubb gave the Browns a 10-0 lead early in the 4th quarter. Cleveland outgained Houston by a 356-243 margin and did not commit a turnover in the loss. Leading the way for the Browns was RB Nick Chubb who had 126 rushing yards & 1 TD on 19 carries.

Philadelphia couldn’t capitalize in a great opportunity to take solid control of the pitiful NFC East with their lost against the Giants and there is just not way I can trust the turnover happy Carson Wentz on the road against a Cleveland defense that ranked T-8th in takeaways. Cleveland has had trouble putting up points over their last two games, but a large part of that was due to very poor weather conditions and as I expect the Cleveland offense that now has Nick Chubb back to be able to put up points in this one, I think the play here is to take Cleveland to cover. Good Luck! 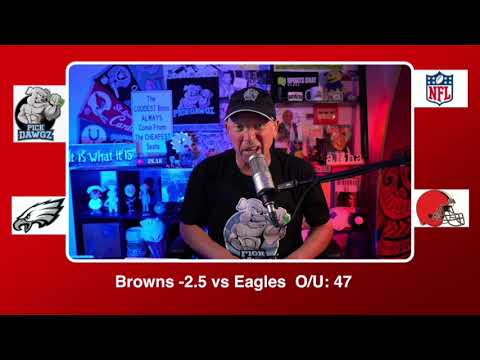