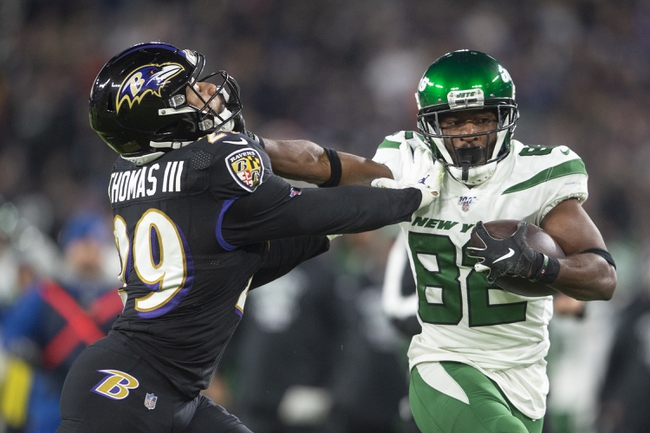 The New York Jets will travel to SoFi Stadium to take on the Los Angeles Chargers this Sunday afternoon in NFL action.

The New York Jets are still searching for their first win of the season as they dropped to 0-9 on the season after being defeated by the New England Patriots, 30-27, on November 9th. New York played one of their best games of the season and looked primed to pick up their first win of the season after leading by double-digits heading into the 4th quarter, however, the Jets couldn’t hang on late as they allowed the Patriots to score 13 unanswered points to get the victory. New York was outgained by New England by a 433-322 margin and lost the turnover battle by a 1-0 margin in the loss. Leading the way for the Jets was QB Joe Flacco who completed 18 of 25 passes for 262 yards, 3 TD, & 1 INT.

The Los Angeles lost their 3rd straight game and dropped to 2-7 on the season after being defeated by the Miami Dolphins, 29-21, this past Sunday. Los Angeles had trouble getting their offense going against the tough Miami defense and could not fight back after a 2-yard TD reception by Miami’s Durham Smythe gave the Dolphins a 26-14 lead early in the 4th quarter. Los Angeles was outgained by Miami by a 280-273 margin and forced one turnover in the loss. Leading the way for the Chargers was QB Justin Herbert who completed 20 of 32 passes for 187 yards, 2 TD, & 1 INT.

The Jets and Chargers really have nothing to play for despite a high draft pick and despite the Jets not picking up a win this season, I think their offense, will be able to find some success against the Chargers in this one. Los Angeles seems to have found their QB of the future, however, as their running game is very questionable at the moment and that the Charges have seem to play to the level of their competition this season, I think the Jets will do enough with the large amount of points to cover in this one. Good Luck!