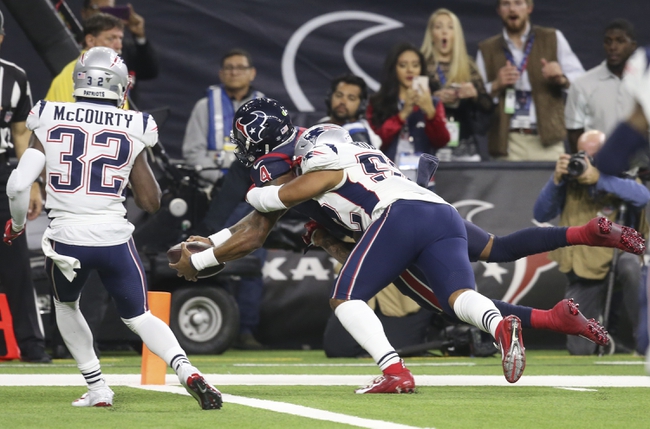 The New England Patriots face the Houston Texans on Sunday, November 22nd at NRG Stadium for a Week 11 matchup.

The New England Patriots are coming off a 23-17 win over the Baltimore Ravens in Week 10 on Sunday Night Football. The Patriots really needed a victory in Foxborough, and that is exactly what Bill Belichick and company got on Sunday night. The Patriots are now 4-5 and are still in third place in the AFC East. The Patriots have now won back-to-back games and have built themselves a bit of momentum heading into Week 11. The Patriots score 21.0 points per game, but the offense has taken a step in the right direction throughout its last two games. The Patriots defense allows only 23.4 points per game to its opposition, as the defense has been a big part of the team's recent success as well. The Patriots now have a chance to reach .500 with a win over a weak Texans team, a win that would put the Patriots in serious playoff conversations.

The Houston Texans were defeated by the Cleveland Browns by the final score of 10-7. The Browns and Texans relied on their running games in a defensive battle, as both quarterbacks were held under 165 passing yards on the day. The Texans are now 2-7 after the loss, as their only wins this season have come against the Jacksonville Jaguars. The Texans are in fourth place in the AFC South and are not in the best of shape as a franchise, but an upset win over the Patriots could be a big morale boost for this group. The Texans score 22.2 points per game and earn 370.0 total yards of offense as well. The Texans allow 28.0 points per game to their opposition, as the defense has struggled badly in 2020.

The Patriots open as 1-point favorites and the total is set at 47.5. I like the Patriots to earn another big win on the road at NRG Stadium. The Texans are not playing for anything special, but the Patriots could be in the hunt with a win here. I like Belichik's chances to pull out a win here. 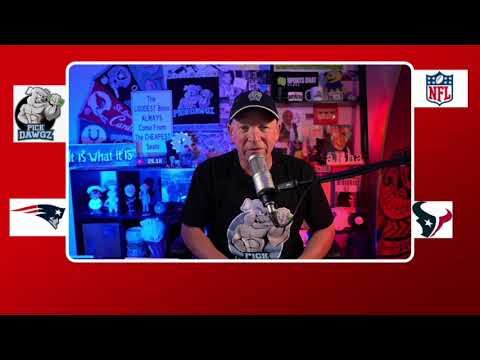