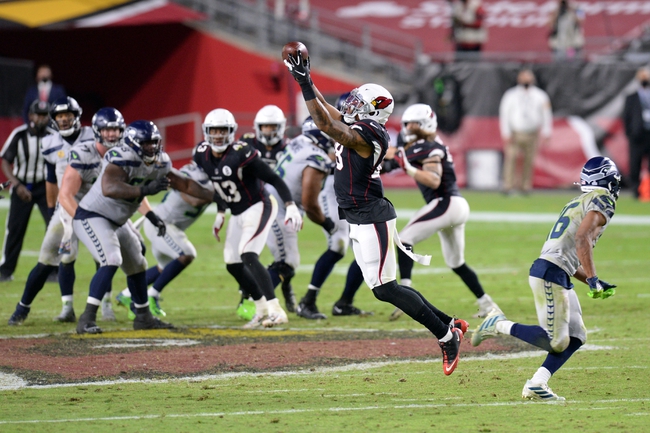 The Arizona Cardinals will travel to CenturyLink Field to take on the Seattle Seahawks this Thursday night in NFL action.

The Arizona Cardinals improved to 6-3 on the season after an incredible, 32-30, victory against the Buffalo Bills this past Sunday. Arizona looked like they had no chance after a 21-yard TD reception by Stefon Diggs gave the Bills a 30-26 lead with just :34 seconds left in regulation, however, the Cardinals were able to pull up the improbable win after DeAndre Hopkins caught a hail-mary 43-yard TD pass over three Buffalo defenders with just :02 seconds left in the game. Arizona outgained Buffalo by a 453-369 margin and forced two Bills turnovers in the victory. Leading the way for the Cardinals was DeAndre Hopkins who has 7 receptions for 127 yards & 1 TD.

The Seattle Seahawks lost their 2nd straight game and dropped to 6-3 on the season after being defeated by the Los Angeles Rams, 23-16, this past Saturday. Seattle’s high-powered offense has trouble getting things rolling against the Rams and could not fight back after a 1-yard TD by Malcolm Brown gave Los Angeles a 23-13 lead midway through the 3rd quarter. Seattle was outgained by Los Angeles by a 389-333 margin and lost the turnover battle by a 3-1 margin in the loss. Leading the way for the Seahawks was WR Tyler Lockett who had 5 receptions for 66 yards.

Seattle had a great start to their season however, it’s was predictable that they were going to take a step back due to the fact that their defense ranks 28th in scoring defense and 32nd in total yards allowed. Arizona has played very well against Seattle over the past few years, including a great OT win earlier this season, and as I expect the Cardinals and Kyler Murray to have no trouble putting up points on the board against the Seahawks, I think the play here is to take Arizona on the money line. Good Luck! 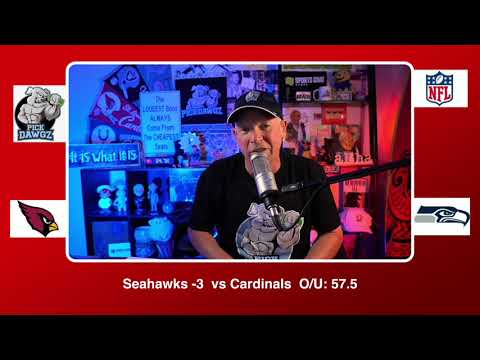