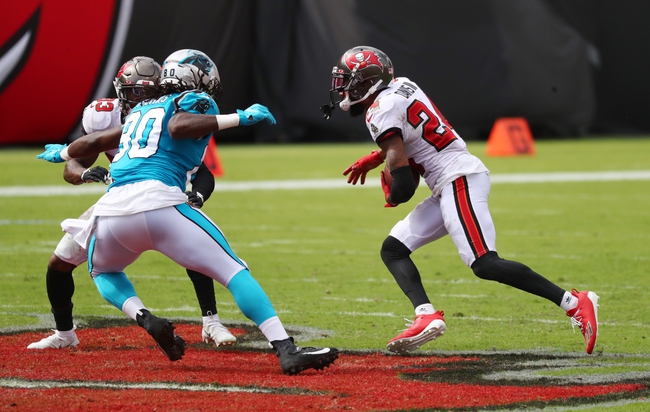 The Tampa Bay Buccaneers face the Carolina Panthers on Sunday, November 15th at Bank of America Stadium for a Week 10 NFL football matchup.

The Tampa Bay Buccaneers are coming off their worst loss of the season in Week 9. The Bucs were defeated by New Orleans Saints by the final score of 38-3. Tom Brady had his worst performance of the season, throwing three interceptions and no touchdown passes on 22-38 passing. The Saints dominated the first half of the game, taking a 31-0 lead to the break. The Buccaneers did not score a single touchdown, as the offense struggled from start to finish. Tampa Bay is now 6-3 on the year and is a 0.5 game behind the Saints for first place in the NFC South. The Buccaneers score 27.7 points per game and earn 358.6 total yards of offense per contest as well. The Buccaneers also allow 22.6 points per game to their opposition, as Week 9's defensive performance was a fluke compared to previous weeks. The Buccaneers' three-game win streak was snapped with the loss to New Orleans, and the Bucs will look to bounce back in another NFC South divisional contest.

The Carolina Panthers were defeated by the Kansas City Chiefs in Arrowhead Stadium by the final score of 33-31. The Panthers gave the Chiefs a run for their money, as Carolina had a 14-3 lead with 12:39 to go in the second quarter. The Panthers could not control Patrick Mahomes in the second half, as he and the Chiefs stormed back for their 8th win of the year. The Panthers are now 3-6 after starting the season with a 3-2 record. The Panthers are on a four-game losing streak and have lost each game by one score, which makes this season a bitter one for Panther fans. Carolina scores 23.3 points per game and earns 381.8 total yards per contest as well. The Panthers allow 25.1 points per game to their opposition as well.

The Buccaneers open as 6.5-point favorites and the total is set 49.5. I am going to take the Buccaneers to earn a comfortable bounce-back victory over the Panthers here. Christian McCaffery's status is in doubt yet again after suffering a shoulder injury, which something to make note of in this one. I will lay the points with Tampa Bay. 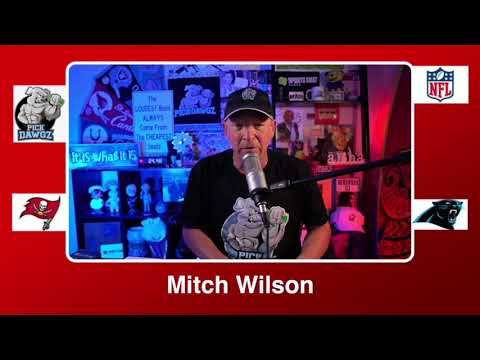