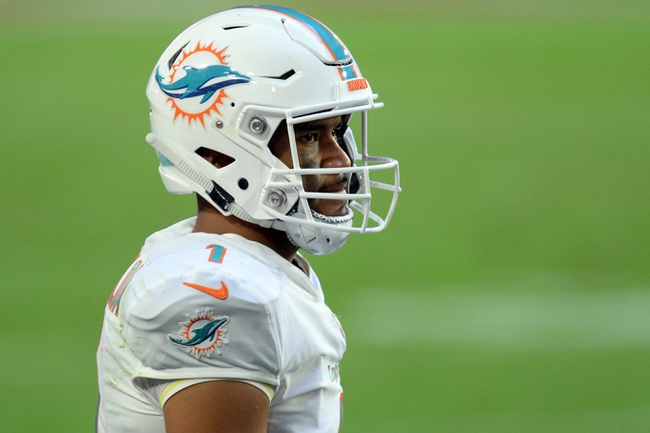 The Los Angeles Chargers will travel to Hard Rock Stadium to take on the Miami Dolphins this Sunday afternoon in NFL action.

The Los Angeles Chargers lost their 2nd straight game and dropped to 2-6 on the season after being defeated by the Las Vegas Raiders, 31-26, this past Sunday. Los Angeles had a great opportunity to pull out the victory after driving down to the Raiders goal line late in the 4th quarter, however, came up short on two pass attempts in the closing seconds and could not pull off the victory. Los Angeles outgained Las Vegas by a 440-320 margin and committed one turnover in the loss. Leading the way for the Chargers was QB Justin Herbert who completed 28 of 42 passes for 326 yards & 2 TD’s.

The Miami Dolphins won their 4th straight game and improved to 5-3 on the season after defeating the Arizona Cardinals, 34-31, this past Sunday. Miami trailed by a 31-24 margin entering the 1st quarter, however, the defense came up with some big plays late and the Dolphins were able to secure the victory after scoring 10 unanswered points to close out the game. Miami was outgained by Arizona by a 442-312 margin, however, did win the turnover battle by a 1-0 margin in the victory. Leading the way for the Dolphins was Tua Tagovailoa who completed 20 of 28 passes for 248 yards & 2 TD’s.

Los Angeles have to be thrilled by how their rookie QB, Justin Herbert, has looked since taking over under center, however, the Chargers have had trouble picking up wins as they continue to lose close games. Miami, although having a banged-up backfield and their own rookie QB going, continues to win games behind a defense that ranks 4th in scoring defense. Los Angeles is a decent team despite their record, however, between the fact that Miami is a tough place to play and that Tagovailoa looked very solid last week behind center, I think the Dolphins continue their winning streak and do enough to cover this small home spread. Good Luck! 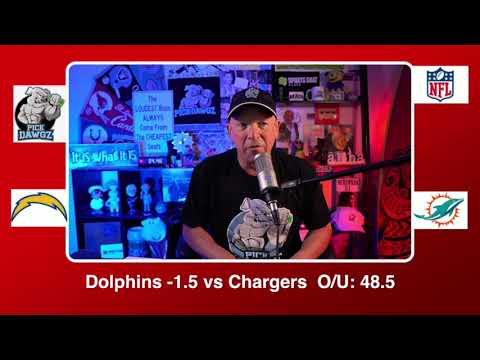