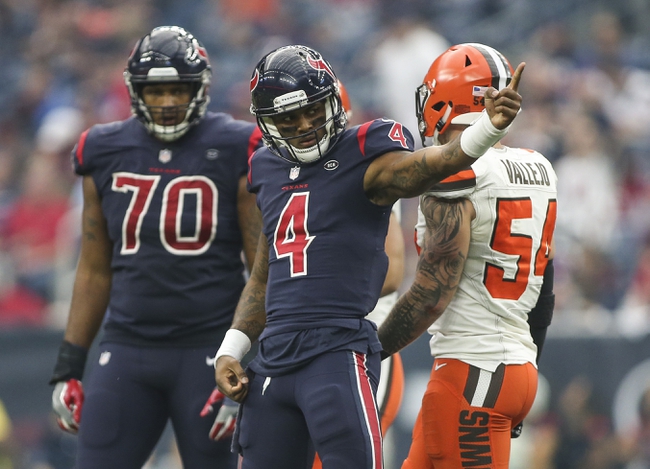 The Houston Texans will travel to FirstEnergy Stadium to take on the Cleveland Browns this Sunday afternoon in NFL action.

The Houston Texans snapped a 2-game losing streak and improved to 2-6 on the season after defeating the Jacksonville Jaguars, 27-25, this past Sunday. Houston led by a 27-16 margin midway through the 3rd quarter on a 77-yard TD reception by Will Fuller V and was able to hang on late after a game-tying two-point conversation by the Jaguars fell short late in the 4th quarter. Houston was outgained by Jacksonville by a 412-374 margin and forced one turnover in the victory. Leading the way for the Texans was QB Deshaun Watson who completed 19 of 32 passes for 281 yards & 2 TD while also leading the team in rushing with 50 yards on 10 carries.

The Cleveland Browns dropped to 5-3 on the season after being defeated by the Las Vegas Raiders, 16-6, on November 1st. Cleveland struggled offensively agianst the Raiders and couldn’t fight back after a Hunter Renfrow 4-yard TD reception gave the Raiders a 13-6 lead early in the 4th quarter. Cleveland was outgained by Las Vegas by a 309-223 margin and lost the turnover battle by a 1-0 margin in the loss. Leading the way for the Browns was RB Kareem Hunt who had 66 rushing yards on 14 carries.

Cleveland comes into this game with a solid 5-3 record, however, I think this is a team that is heading in the wrong direction after being able to put up just 6 points against the Raiders prior to their bye week. Houston has had a tough season, with their only wins coming against Jacksonville, however, this is a team that has looked a bit better as of late and certainly have the best playmaker on the field in Deshaun Watson. Cleveland might be without Mayfield & Chubb (and even if they go, they won’t be 100%) and as I expect Houston to be able to put up some points in this one, I think the play here is to take the Texans and the points. Good Luck! 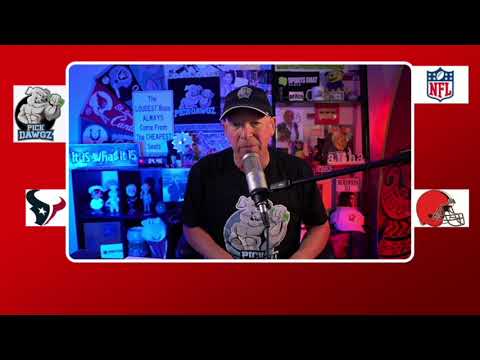