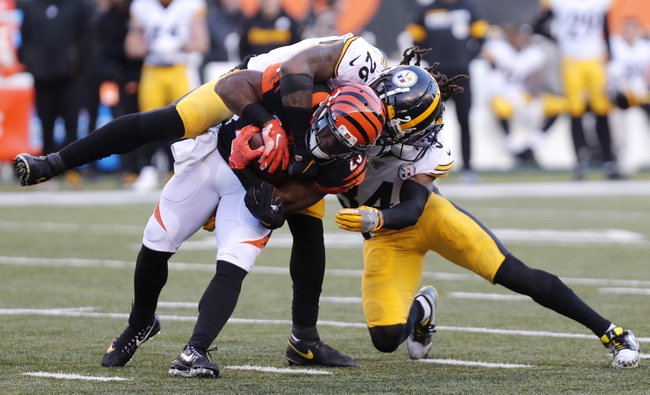 The Cincinnati Bengals face the Pittsburgh Steelers on Sunday, November 15th at Heinz Field for a Week 10 NFL football matchup.

The Cincinnati Bengals are coming off their bye week in Week 9. The Bengals' last game was against the Tennessee Titans on November 1st in Week 8. In that game, the Bengals were able to upset the Titans by the final score of 31-20 at home. The Bengals are now 2-5-1 in the Joe Burrow era this season, putting them in last place in a very competitive AFC North division. The Bengals snapped a three-game losing streak with the win over Tennessee and will now look to win back-to-back games for the first time this season. It will not come easy against an undefeated Steelers team, but we have seen crazier things before. The Bengals score 24.3 points per game and earn 387.3 total yards of offense per contest as well. The Bengals also allow 26.8 points per game to their opposition this season.

The Pittsburgh Steelers were given a real scare in their last game against the Dak and Dalton-less Dallas Cowboys. Garrett Gilbert and the Cowboys came out swinging, taking a 13-0 lead right out of the gates. The Steelers were able to mount an impressive comeback and hold on to a 24-19 lead to extend their undefeated record to 8-0. The Steelers are now 2.0 games ahead of the Ravens for first place in the AFC North standings. The Steelers score 29.4 points per game and earn 351.9 total yards per contest as well. The Steelers defense has been very impressive, holding opponents to only 20.1 points per game this season.

The Steelers open as 7.5-point favorites at home and the total is set at 49. The Steelers should very well make it to 10-0 as they take on the Bengals and Jaguars before a meeting with the Baltimore Ravens soon after. I like the Steelers to win this game, but above all, I like the under here. I see this as a low-scoring game where the Steelers defense shines.