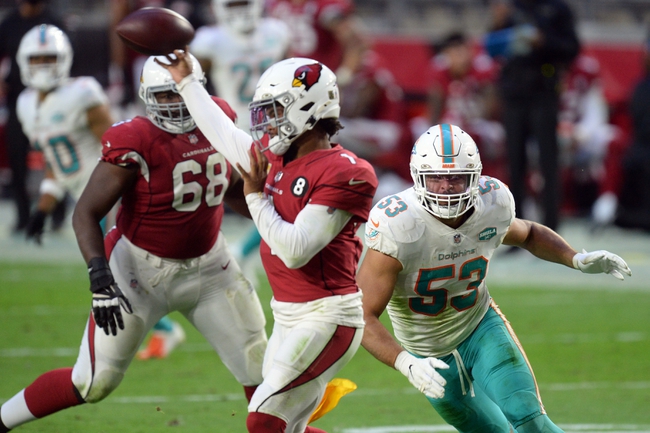 The Buffalo Bills made a statement with a 44-34 win over the Buffalo Bills in Week 9. The Bills came to play in that game, storming to a 17-0 lead with 11:22 left in the second quarter. That lead would hold for the rest of the game, as Buffalo earned its 7th win of the season. At 7-2, the Bills are in the driver's seat in the AFC East with a 2.0 game lead over the Miami Dolphins. The Bills extended their current winning streak to three games with the win over Seattle as well. The Bills score 26.9 points per game and earn 390.2 total yards per contest as well. The Bills also allow 25.9 points to their opposition this season, as their defense has been a tad on the inconsistent side this season. Buffalo is in a great spot to make the postseason for the second straight season and could clinch a non-losing season with a win over Arizona.

The Arizona Cardinals are coming off a 34-31 loss to the Miami Dolphins at home in Week 9. The loss snapped a three-game win streak that the Cardinals had previously. In the battle of young quarterbacks, Tua Tagovailoa and the Fins prevailed, winning the game by a field goal (a 50-yarder made with 3:30). The Cardinals are now 5-3 on the year and sit in second place in the NFC West tied with the Los Angeles Rams. The Cardinals score 29.3 points per game and earn 429.1 total yards per contest as well, as Kyler Murray and the Cards' offense have done a great job so far this season. The Cardinals allow 22.5 points per game to their opposition, as the defense has also played solid football.

The Cardinals are 1.5-point favorites and the total is set at 55.5. I like the Cardinals to bounce back from a tough loss and defeat the Bills by at least a touchdown at home. The Bills have to travel from Buffalo, NY to Glendale, AZ after a big win, which is never a great spot for any team. I will lay the chalk with Arizona.