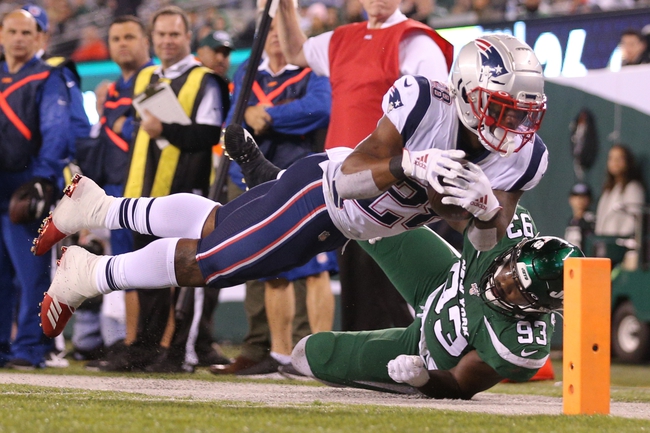 The New England Patriots will travel to MetLife Stadium to take on the New York Jets this Monday night in NFL action.

The New England Patriots lost their 4th straight game and dropped to 2-5 on the season after being defeated by the Buffalo Bills, 24-21, this past Sunday. New England gave Buffalo more of a game than expected and even had a chance to win it late, however, a Cam Newton fumble with :37 seconds left sealed the Patriots fate in this one. New England outgained Buffalo a 349-339 margin and forced one turnover in the loss. Leading the way for the Patriots was RB Damien Harris who had 106 yards & 1 TD on 16 carries.

The New York Jets are still searching for their first win on the season as the Jets fell to 0-8 on the year after being defeated by the Kansas City Chiefs, 35-9, this past Sunday. The Jets had no answers for Patrick Mahomes and could not fight back after a 3-yard TD reception by Travis Kelce gave the Chiefs a 21-9 lead late in the 2nd quarter. New York was outgained by Kansas City by a 496-221 margin and lost the turnover battle by a 1-0 margin in the loss. Leading the way for the Jets was Sergio Castillo who covered 3 of 4 FG’s with a long of 55 yards.

There is no doubt that Patriots are nowhere near the level of team we’ve seen over the past two decades as the offense has looked terrible as of late with little or not passing threat, however, the good news for the Patriots is that there are facing a Jets team that is worst team in the NFL. New York has little to no weapons on the offensive end and has been having trouble putting up 10 ppg and between the fact that I think the offense continues to struggle and that the Patriots find some success offensively against the Jets less than average defense, I’m taking the Patriots to win this one by more than a TD. Good Luck!