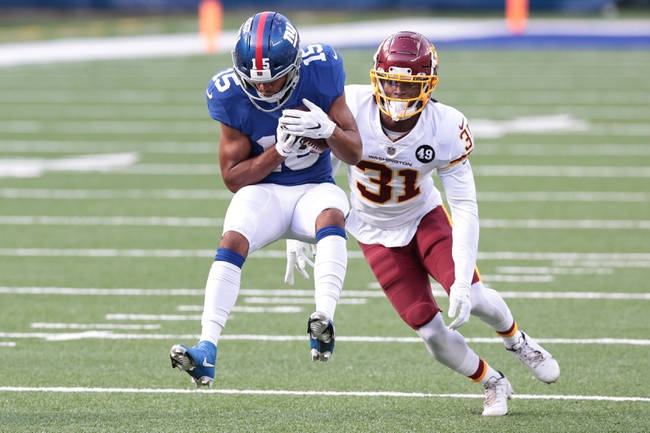 The New York Giants are coming off a disappointing loss to the Tampa Bay Buccaneers on Monday Night Football by the final score of 25-23. The Giants were not given a chance by many to win that game outright, but the G-Men did their best in keeping the game close. The Giants were actually in a decent spot to win the game, but some costly mistakes on both sides of the ball proved to be the difference maker. The Giants are now 1-7 and are in last place in the NFC East division. The Giants still have a chance at a playoff spot via a division win, but those chances got a lot slimmer with the loss to Tampa Bay in Week 8. The Giants score about 18 points per game this season, as their offense has struggled for most of the 2020 campaign thus far. The Giants allow 25 points per game to its opposition, which is around the league's average in defense.

The Washington Football Team was on its bye week in Week 8. Washington heads into this matchup against its NFC East rivals with a record of 2-5, which has Washington in second place in the division standings. The Football Team's two wins on the year came against the Eagles and Cowboys, and division wins like those are key for a path to the postseason for Washington. The Giants and Washington have already played this season, a game in which the Giants were victorious by the final score of 20-19. Washington has scored 19.0 points per game and has earned 317.9 total yards of offense per contest as well. Washington has allowed 23.6 points per game to its opposition, which is slightly above average in terms of total defense.

Washington opens as 3.5-point favorites and the total is set at 41.5. I am going to take a shot with the Giants and the points here. The Giants played well against a tough Tampa Bay team in Week 8, and that was without many key players in the starting lineup. I think the Giants can keep this game close, earning a cover on the road. 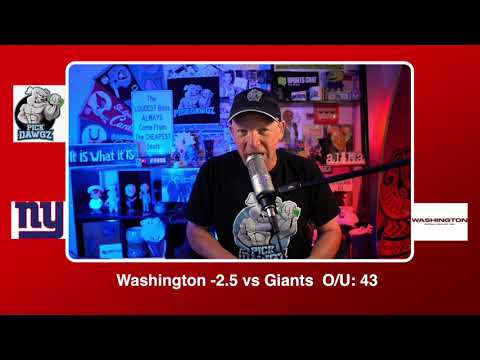