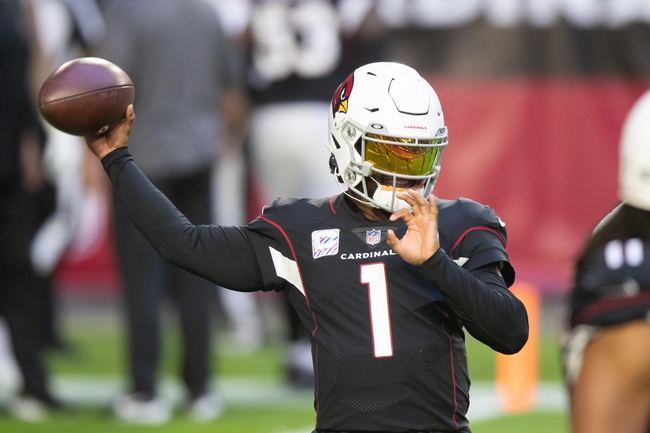 The Miami Dolphins will travel to State Farm Stadium to take on the Arizona Cardinals this Sunday afternoon in NFL action.

The Miami Dolphins won their 3rd straight game and improved to 4-3 on the season after defeating the Los Angeles Rams, 28-17, this past Sunday. Miami got some big plays from both their defense and special teams and was able to hang on late after a 1-yard TD run by Myles Gaskin gave the Dolphins a 28-7 lead with 2:47 left in the 2nd quarter. Miami was outgained by Los Angeles by a 471-145 margin, however, did win the turnover battle by a 4-2 margin in the victory. Leading the way for the Dolphins was their defense who not only slowed the Rams offense through the day but also got a 78-yard fumble return for a TD by Andrew Van Ginkel.

The Arizona Cardinals are coming off their bye week with some momentum as Arizona won their 3rd straight game and improved to 5-2 on the season after defeating the Seattle Seahawks, 37-34 in OT, on October 25th. Arizona trailed by a 34-24 margin late in the 4th quarter however, was able to force OT on a Zane Gonzalez 44-yard FG at the end of regulation and secured the win after an Isaiah Simmons INT in OT set up the Cardinals for the game-winning FG. Arizona was outgained by Seattle by a 572-519 margin, however, did win the turnover battle by a 3-2 margin in the victory.

We are going to have to keep an eye on the news for this one as Arizona’s coach Kliff Kingsbury confirmed today that two players have tested positive for COVID-19 although we don’t know exactly who has tested positive and if it’s going to get worse at the week goes on. On the basis that everyone is playing for the Cardinals, I am leaning on Arizona as although Miami has looked great recently, I’m not solid on the Dolphins offense finding success on the road with Tua Tagovailoa behind center. Arizona has plenty of weapons to find ways to put up points agianst the Dolphins defense and I think the Cardinals do enough to cover this small home spread. Good Luck!