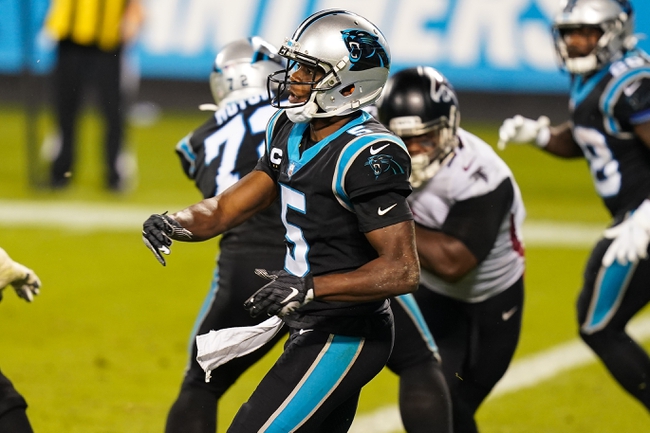 The Carolina Panthers are coming off a 25-17 loss to the Atlanta Falcons on Thursday Night Football in Week 8. The Panthers are now 3-5 on the year, as their playoff hopes took a big hit after the loss at home to Atlanta. The Panthers are in third place in the NFC South, trailing both the Tampa Bay Buccaneers and the New Orleans Saints. The Panthers have now lost three straight games after starting the season with a 3-2 record. The Panthers have scored 22.4 points per game and have earned 374.3 total yards per contest as well. The Panthers offense took a hit with the loss of star running back Christian McCaffery, but RB Mike Davis has done a decent job as the new lead back. The Panthers' defense has held up virtually well, allowing only 24.1 points per game to the opposition.

The Kansas City Chiefs are 7-1 and are feeling good at the top of the AFC West division standings. The Chiefs took care of business at Arrowhead against the lowly New York Jets in Week 8, dominating the game by the final score of 35-9. The Chiefs are now 2.5 games ahead of the Las Vegas Raiders in the AFC West standings. QB Patrick Mahomes is producing sensational numbers yet again, throwing for over 2,300 yards, 21 touchdown passes and only one interception thus far. The Chiefs have scored 31.6 points per game and the Chiefs have allowed 19.0 points per game to their opposition. Kansas City is now on a three-game win streak heading into its second straight home game.

The Kansas City Chiefs open as 12-point favorites and the total is set at 49. I like the Chiefs to attack an inexperienced Panthers' secondary and score at least 30 points in this one. The Chiefs should not have too many issues on defense either, and I expect a dominant home performance by Kansas City. I will lay the points with the home team Chiefs.