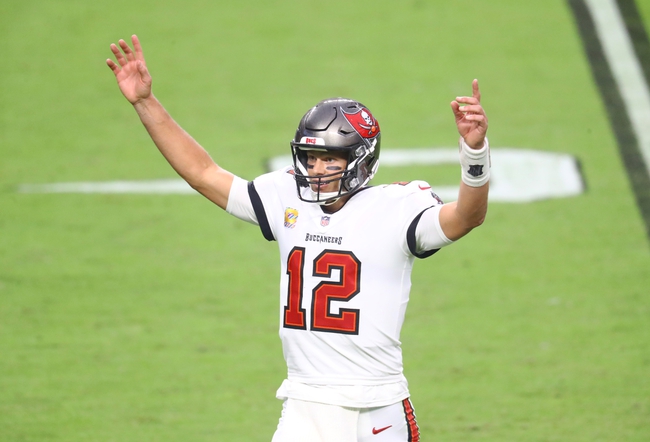 The Tampa Bay Buccaneers are 5-2 and on a roll in the NFC South. The Bucs have won two straight games and four of their last five, including their 45-20 victory over the Las Vegas Raiders at the Death Star on Sunday. The Buccaneers are firing on all cylinders, as both the offense and defense have played at elite levels the past two weeks. The Bucs score 31.7 points per game and earn 378.6 total yards per contest as well. Tom Brady is having a phenomenal year, throwing for 1,910 yards, 18 touchdown passes and only four interceptions to start the season. The Buccaneers defense has held up very well, as Tampa Bay only allows 20.3 points per game to the opposition so far this season. Tampa Bay is in first place in the NFC South and has emerged as a real contender in the NFC as a whole.

The New York Giants are coming off a very disappointing loss to their NFC East-rivals in the Philadelphia Eagles on Thursday Night Football in week seven. The Giants held an 11-point lead with less than five minutes in regulation against Philly, giving the Giants a 97.7% chance to win in the late going. Somehow the Giants blew the lead and lost the game by the final score of 22-21. Now the Giants are 1-6 and are officially the worst of the worst division in football. The Giants score 17.4 points per game, as the G-Men have had one of the worst offenses in the league so far this season. The Giants allow 24.9 points per game to the opposition, which is around the league average. Overall, the Giants still have a lot of life left in the NFC East, as the Eagles are only 1.5 games ahead in the standings for first place.

The Bucs open as 11-point favorites on the road here, and the total is set at 47. I like the Buccaneers to win this game and win it by a lot. The Giants cannot go toe-to-toe with Tom Brady here, and I think Tampa Bay crushes New York in this one.