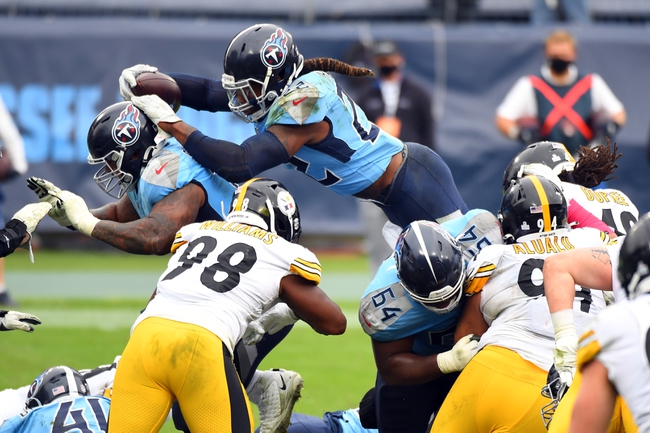 The Tennessee Titans will travel to Paul Brown Stadium to take on the Cincinnati Bengals this Sunday afternoon in NFL action.

The Tennessee Titans lost their first game of the season and dropped to 5-1 on the year after being defeated by the Pittsburgh Steelers, 27-24, this past Sunday. Tennessee fought back after trailing by a 27-7 margin early in the 3rd quarter to make it a 27-24 game on a 1-yard TD run by Derrick Henry with 10:13 left in the 4th quarter, however, the Titans couldn’t force OT after Stephen Gostkowski missed a 45-yard FG with just :19 seconds remaining. Tennessee was outgained by Pittsburgh by a 362-292 margin and won the turnover battle by a 3-0 margin in the loss. Leading the way for the Titans was WR A.J. Brown who had 153 receiving yards & 1 TD on six receptions.

The Cincinnati Bengals lost their 3rd straight game and dropped to 1-5 on the season after being defeated by the Cleveland Browns, 37-34, this past Sunday. Cincinnati offense had plenty of success agianst the Browns and it looked like the Bengals were going to pick up their 2nd win after a Giovani Bernard 3-yard TD reception gave Cincinnati a 34-31 lead with just 1:06 left in the 4th, however, Baker Mayfield was able to drive the Browns quickly down the field and win it for the Browns on a 24-yard TD pass with just :11 seconds left in the game. Cincinnati outgained Cleveland by a 468-398 margin however, lost the turnover battle by a 2-1 margin in the loss. Leading the way for the Bengals was QB Joe Burrow who completed 35 of 47 passes for 406 yards, 3 TD, & 1 INT.

Cincinnati has to be happy with their early results from Joe Burrow who looked outstanding over the first 6 games of his NFL career, however, despite his success, the Bengals are just not a great overall team and have really struggled defensive. Tennessee is one of the better teams in the AFC and between the fact that it doesn’t look like the Bengals will have Joe Mixon and that I think Ryan Tannehill and Derrick Henry will have plenty of success on the offensive end, I think the play here is to take the Titans as the road favorite here. Good Luck!