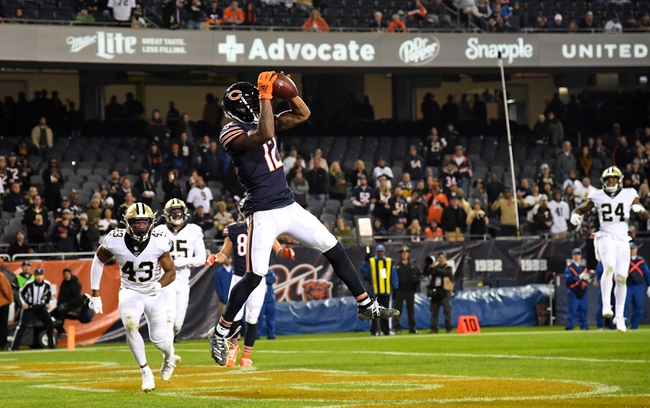 The New Orleans Saints are coming off a very important win over the Carolina Panthers by the final score of 27-24 at home. The Saints are now 4-2 rather than 3-3 if they had lost to Carolina on Sunday, which puts the Saints in second place in the NFC South behind the Buccaneers. The Saints have now won three straight games after starting the season with a 1-2 record. The Saints are 1-1 on the road this season. The Saints were a pre-season favorite to do big things in the NFC, but the team has not been as dominant as it usually is. The Saints score 30.0 points per game and earn 394.8 total yards per contest as well. The Saints allow 29.0 points per game to the opposition, as even though their defense is strong on paper, it has not performed too well thus far this season.

The Chicago Bears are coming off a 24-10 loss to the Los Angeles Rams on Monday Night Football in week seven. The Bears are now 5-2, as they are now a 0.5 behind the Green Bay Packers for first place in the NFC North. The Bears could not get anything going on offense in the game against Los Angeles, and scoring only three points in the first half and seven points in the second is not going to cut it. Overall the Bears score less than 21.0 points per game and earn a total of 329.7 yards of offense per contest as well. The Bears defense has been solid, only allowing about 20 points per game to the opposition. The Bears may not play like a 5-2 team, but nonetheless, Chicago is still in a great spot if it can execute the little things.

The game screams under to me, as I expect both teams to fight hard for points. The Saints' defense has struggled this season, but against a weak Bears offense, I see New Orleans finding success on the defensive side of the ball. I will take the under here.