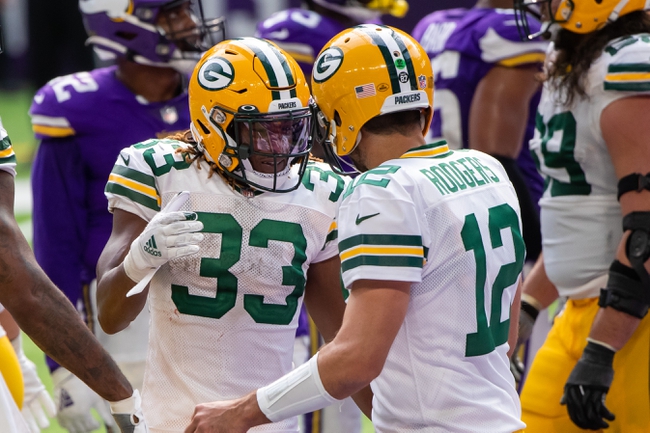 The Minnesota Vikings will travel to Lambeau Field to take on the Green Bay Packers this Sunday afternoon in NFL action.

The Minnesota Vikings lost their 2nd straight game and dropped to 1-5 on the season after being defeated by the Atlanta Falcons, 40-23, on October 18th. Minnesota came out flat agianst the Falcons and could not fight back into the game after going into halftime trailing by a 23-0 margin. Minnesota was outgained by Atlanta by a 462-365 margin and lost the turnover battle by a 3-1 margin in the loss. Leading the way for the Vikings was WR Justin Jefferson who has 166 receiving yards & 3 TD’s on 9 receptions.

The Green Bay Packers bounced back from their lost to Tampa Bay and improved to 4-1 on the season after defeating the Houston Texans, 35-20, this past Sunday. Green Bay was outstanding offensively agianst the Texans and had no trouble securing the victory after taking a 21-0 lead into halftime. Green Bay outgained Houston by a 379-365 margin and won the turnover battle by a 1-0 margin in the victory. Leading the way for the Packers was WR Devante Adams who had 196 yards & 2 TD on 13 receptions.

Minnesota is a better team than what they have shown this season, however, it is hard to back the Vikings between their defense that ranks 30th in scoring defense and with how Kirk Cousins (10 INT) is currently playing. Green Bay should have their trio of offensive starts in Rodgers, Jones, & Adams available and as the Green Bay defense has been solid agianst the run which should put the pressure on Cousins to generate offense, I think the play here is to take the Packers to cover this home spread. 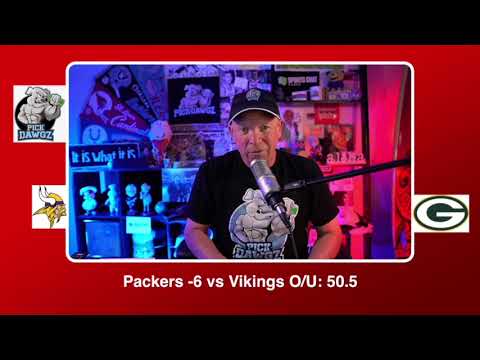