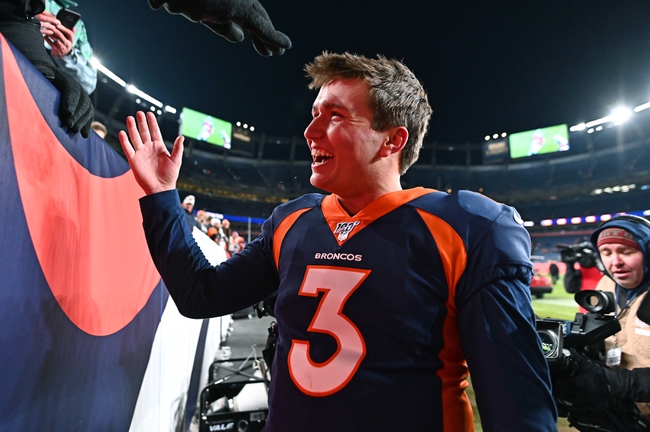 The Los Angeles Chargers and Denver Broncos face off on Sunday in Week 8 NFL showdown at Sports Authority Stadium.

The Chargers only have a 2-4 record but they sure have been an exciting team to watch this season, and they are coming off a win in their last game. In the last game against the Jacksonville Jaguars the offense was elite putting up 39 points, and led to a ten-point victory. Rookie quarterback Justin Herbert looks like the real deal for the Chargers and in the last game against the Jaguars he threw for 347 yards and three touchdowns. Herbert also rushed for 66 yards and a touchdown. The Chargers defense have a lot of playmakers on it including Joey Bosa but the defense still hasn’t been great giving up 25.7 points per game. The Chargers are probably going to have a chance to create a couple of turnovers, they just need to take advantage.

On the other side of this matchup is the Denver Broncos who also only have two wins this season and are coming off a blowout loss against the Kansas City Chiefs. For the most part the Broncos offense and young quarterback Drew Lock hasn’t lived up to the expectations.In the last game, Drew Lock threw for 240 yards, zero touchdowns, and two interceptions. On defense the team is giving up 25.5 points per game which is 16th in the NFL. One thing to watch heading into this game is if Phillip Lindsay will be able to go in this game as he deals with a concussion.

I don’t trust Lock and that is going to be the difference in this game. Look for another big game from Herbert and he will lead the Chargers to win and a cover of the spread.