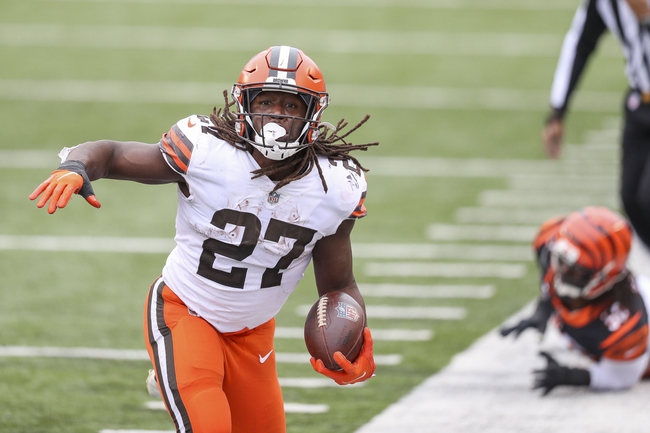 The Las Vegas Raiders are coming off a 45-20 loss to the Tampa Bay Buccaneers in week seven. The Raiders are now 3-3 on the year and sit in second place in the AFC West division behind the Kansas City Chiefs. The Las Vegas Raiders have now lost three of their last four games after starting the season 2-1. Las Vegas scores 28.5 points per game and earns 401.2 total yards per contest as well. Derek Carr has thrown for 1,726 yards, 13 touchdowns, and two interceptions this season. The Raiders' defense has struggled this season, as the defense has allowed 32.8 points per game to the opposition. The Raiders are still in a fine position to compete in the AFC, and a big road win at Cleveland would really aid their efforts for a chase at a Wild Card spot.

The Cleveland Browns are coming off a 37-34 win over their AFC North rivals in the Cincinnati Bengals in week seven. The Browns are now an impressive 5-2 this season, but the team is still in third place in the AFC North behind the Ravens and Steelers. The Browns are a perfect 3-0 at home this season and they are in a very good position to make the postseason. The Browns score 28.6 points per game and earn 373.0 yards per contest as well. The Browns allow 31.6 points per game to the opposition, which puts their defense well below average. Quarterback Baker Mayfield has thrown for 1,392 yards, 15 touchdowns, and seven interceptions.

The Browns open as 5.5-point favorites and the total is set at 53.5. In this game, we have two teams that have scored a ton of points throughout the entire season, but their defenses are well below average. I expect both quarterbacks to have impressive days, with both teams scoring a bunch early and often. Defense should be an afterthought in this one, and I will take the over 53.5.