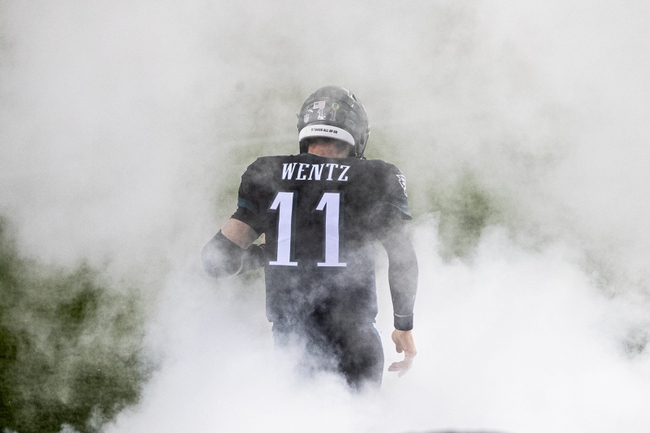 The Dallas Cowboys and Philadelphia Eagles face off on Sunday in a Week 8 NFL showdown at Lincoln Financial Field.

The Dallas Cowboys have all kinds of issues and the biggest question right now is who will be under center in this game. Dak Prescott is done for the season, Andy Dalton is dealing with a concussion and if he can’t go it looks like Ben Dinucci will get the start. At this time last year, Dinucci was the starting quarterback for James Madison. Even if Dalton can go, he has really struggled and the Cowboys need him to be better. On defense the Cowboys have been terrible giving up 34.7 points per game which is last place in the league.

On the other side of this matchup is the Philadelphia Eagles who very well could benefit from the struggles of the NFC East. Coming into this game the Eagles have a 2-4-1 record but their two wins haven’t been all that pretty. In the last game against the Giants they had to have a few lucky bounces to go their way, but they came away with a 22-21 victory. Quarterback Carson Wentz threw for 359 yards, two touchdowns, and one interception. On the season Philadelphia is averaging 23.3 points per game while the defense is giving up 28 points per game which is 22nd in the NFL. On paper this is a game that the Eagles should win, but they need to stop playing with fire by making easy mistakes.