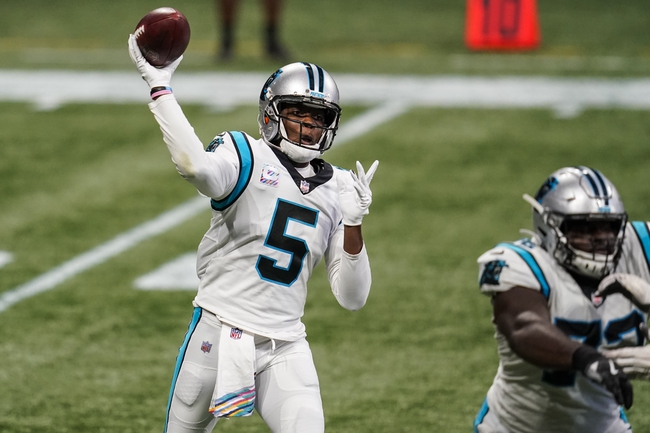 The Atlanta Falcons and Carolina Panthers face off on Thursday in Week 8 NFL showdown at Bank of America Stadium.

The Atlanta Falcons have had a terrible season so far this year, but they really should have two wins instead of one. In the last game Todd Gurley had a chance to go down at the one-yard line and run out the clock for a walk-off field goal winner, but instead, he scored, The Lions moved the ball back down the field scored the touchdown and came away with a victory. The offense has been strong this season led by Matt Ryan, but the defense has been a big issue giving up 29.6 points per game which is 26th in the NFL. The one area the defense has been strong was against the run giving up only 92.4 yards per game on the ground. Wide receiver Calvin Ridley has had a big year for the Falcons catching 40 passes for 615 yards and six touchdowns.

On the other side of this matchup is the Carolina Panthers who have been competitive this year but they haven’t been able to finish games and they have won only three of their seven games. In the last game against the New Orleans Saints they were competitive, but they couldn’t score any points in the 4th quarter and that led to a three-point loss. Quarterback Teddy Bridgewater has been up and down throwing for 1930 yards, eight touchdowns, and five interceptions. Running back Christian McCaffrey is still out with an ankle injury, and it’s been Mike Davis who has filled in. On the season Davis has rushed for 284 yards and four touchdowns. On defense, the Panthers are giving up 24 points which is 13th in the league.

The Falcons are a team that have issues making winning plays and that showed in the last game with Gurley’s play against the Lions. The Panthers are going to make the winning plays late in this game and cover the spread.