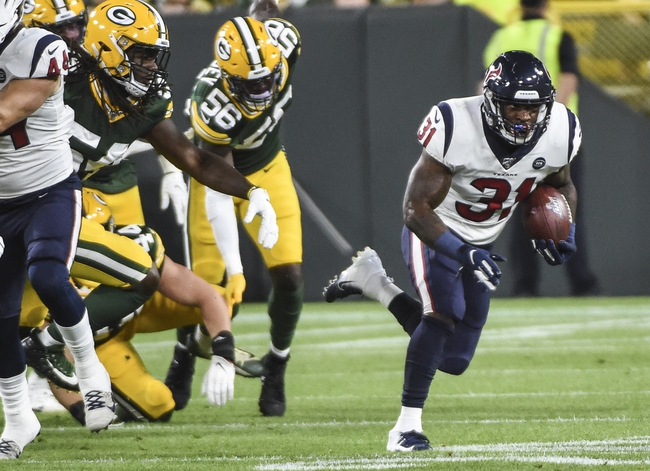 The Green Bay Packers suffered their first loss of the season in America's Game of the Week against the Tampa Bay Buccaneers in week six. The Bucs defeated the Packers by the final score of 38-10, as it was an ugly performance by Aaron Rodgers and Green Bay. Rodgers went 16-35 for 160 yards and two interceptions in the loss, which included a pick-six that he threw in the second quarter. The Packers are now 4-1 on the year and are a 0.5 game behind the Chicago Bears for the division lead in the NFC North. The Packers score 32.4 points per game and earn 414.2 total yards of offense per game as well. The Packers also allow 27.8 points per game to the opposition, allowing 30 or more points in three of their first five games. The Packers will look for a bounce-back performance in their second straight road game.

The Houston Texans are coming off a tough 42-36 overtime loss to the Tennessee Titans in week six. The Texans had a 36-29 lead with four seconds remaining in the game, but a seven-yard reception by AJ Brown of the Titans tied the game at 36-36. Derrick Henry would go on to score the game-winning touchdown in OT to hand the Texans their fifth loss of the season, as Houston is now 1-5 on the year. The Texans score 24.3 points per game and earn 383.5 total yards per game as well. Houston's defense has struggled badly this season, as the Texans allow 30.3 points per game to the opposition thus far. Houston is now in third place in the AFC South and four games behind the Titans for the division lead.

I think this game could very well be the highest scoring contest of the entire week. The Packers and Texans have flashy offenses but their defenses have struggled recently, and because of that, I am going to take the over 55.5 points in this one. 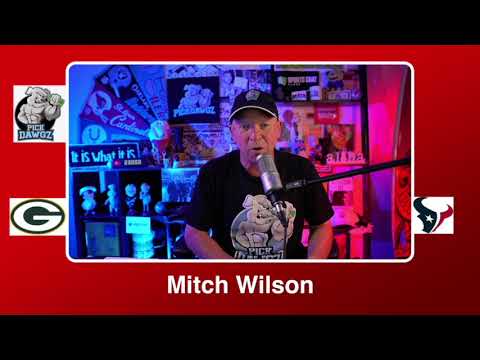