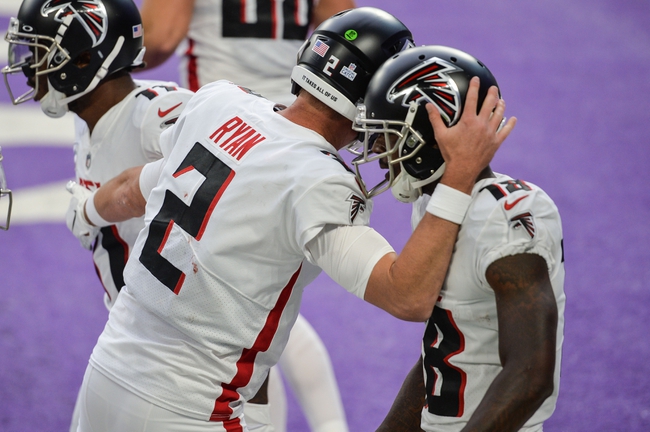 The Detroit Lions and Atlanta Falcons face off on Sunday in a Week 7 showdown at  Mercedes-Benz Stadium.

The Detroit Lions started off the season slow but they did come into this game having won two of the last three games. One issue this Lions team has had this season has been blowing leads and two games ago against the New Orleans Saints it happened again. In the last game against the Jacksonville Jaguars the offense got out to another fast start but this time the Lions didn’t blow the lead and that led to a 34-16 victory. On the season the Lions are averaging 26.6 points per game while the defense is giving up 28.6 points per game. Quarterback Matthew Stafford has thrown for 1,240 yards, nine touchdowns, and four interceptions. Adrian Peterson had been the lead running back for this team but in the last game D’Andre Swift seemed to take over the role rushing for 116 yards and two touchdowns. In this game the Lions are going to need the offense to attack a weak defense of the Falcons.

This a high total, but it’s not going to matter, this game is going to go well over the posted total. Both the Lions and Falcons are going to go over 30 points, and if you can buy up this number, this is going to be a perfect chance for that.