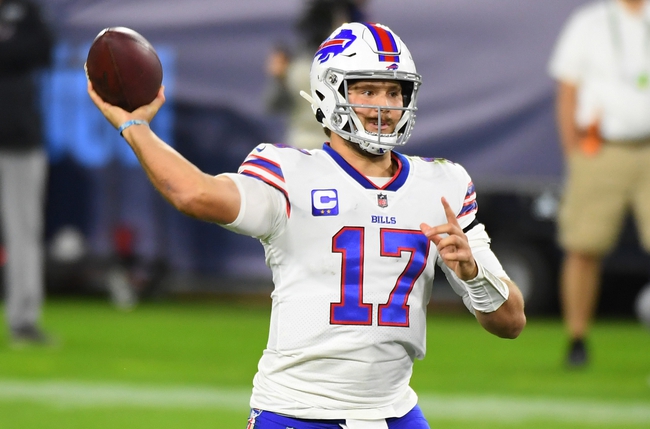 The Buffalo Bills will travel to MetLife Stadium to take on the New York Jets this Sunday afternoon in NFL action.

The Buffalo Bills lost their 2nd straight game and dropped to 4-2 on the season after being defeated by the Kansas City Chiefs, 26-17, this past Monday night. Buffalo did a great job of containing Patrick Mahomes, but allowed the Kansas City running game to dominate the game and couldn’t fight back after a 13-yard TD run by the Chiefs Darrel Williams gave Kansas City a 20-10 lead with 1:18 left in the 3rd quarter.  Buffalo was outgained by Kansas City by a 466-206 margin and committed one turnover in the loss. Leading the way for the Bills was QB Josh Allen who completed 14 of 27 passes for 122 yards, 2 TD, & 1 INT while also leading Buffalo with 42 rushing yards.

The New York Jets remained winless on the season, dropping to 0-6 on the year, after being defeated by the Miami Dolphins, 24-0, this past Sunday. New York continued to struggle offensively and could not fight back after going into halftime trailing by a 21-0 margin. New York was outgained by a 302-263 margin and committed one turnover in the loss. Leading the way for the Jets was RB Frank Gore who has 46 rushing yards on 11 carries while also hauling in 4 receptions for 24 yards.

Buffalo has come back to earth about after their 4-0 start, however, there is probably a better way to get back on the winning track than taking on a New York Jets team that has been absolutely awful this season and comes into this game ranked dead last in the NFL in scoring offense and 29th in scoring defense. Sam Donald looks like more like he is going to be out again this week and as the Bills will be able to take away the Jets only weapon in Jamison Crowder, I think Josh Allen and the Bills bounce back with a big game and cover this double-digit road spread. Good Luck!