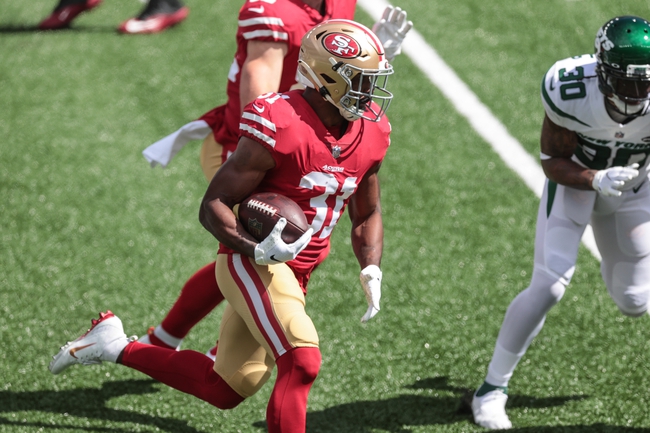 The Los Angeles Rams will travel to Levi’s Stadium to take on the San Francisco 49ers this Sunday night in NFL action.

The Los Angeles Rams improved to 4-1 on the season after defeating the Washington Football Team, 30-10, this past Sunday. Los Angeles was outstanding defensively agianst Washington and had no trouble securing the victory after taking a 20-7 lead midway through the 2nd quarter on a 2-yard TD run by Jared Goff. Los Angeles outgained Washington by a 429-108 margin and held Washington to just 10 first downs in the victory. Leading the way for the Rams was QB Jared Goff who completed 21 of 30 passes for 2 TD & 1 INT while also rushing for a TD.

The San Francisco 49ers lost their 2nd straight game and dropped to 2-3 on the season after being defeated by the Miami Dolphins, 43-17, this past Sunday. San Francisco was dominated on both ends of the field against the underdog Dolphins and could not fight back after Miami took a 30-7 lead into halftime. San Francisco was outgained by a Miami by a 436-259 margin and lost the turnover battle by a 3-0 margin in the loss. Leading the way for the 49ers was RB Raheem Mostert who had 90 yards on 11 carries.

The Rams have had a nice start to their season, however, I’m still not sold on how good this team is as they have had to luxury of playing everyone from the NFC East division which currently have a combined record of 4-15-1. San Francisco looked awful this past week, however, this is a team that has been really hit hard by injuries and at least on the offense end finally have everyone back healthy. This is almost a must win for the 49ers as they have one of the hardest schedules in the next few weeks and as I think San Francisco will bounce back strong after having a full week of practice with all their offense weapons healthy, I think the 49ers do enough at worse at home to cover with the points. Good Luck!