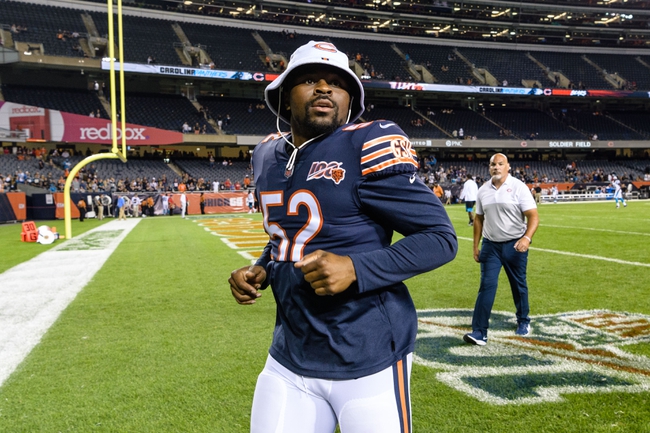 The Chicago Bears face the Carolina Panthers on Sunday, October 18th at Bank of America Stadium for week six of NFL football action.

The Chicago Bears have started the season with an impressive 4-1 record as they sit comfortably in second place in the NFC North. The Bears have had some quarterback issues between Mitch Trubisky and Nick Foles, but nonetheless, this team still has a .800 win percentage. The Bears defeated the Tampa Bay Buccaneers on Thursday Night Football by the final score of 20-19 in week five. The Bears were down 13-0 in that game, but Nick Foles and the Bears' defense paved the way to a major comeback victory. The Bears only score 21.0 points per game, but their tenacious defense only conceded 20.0 points per game to the opposition. The Bears will need to find more consistent offense in both the passing and rushing game, but if the defense can continue to perform as it has, the Bears can be serious contenders in the NFC.

The Carolina Panthers took down the Atlanta Falcons by the final score of 23-16 on the road in their last game. The Panthers are now 3-2 this season, a surprise to many as it is. Let's not forget that the Panthers' best offensive threat in running back Christian McCaffery has been out for three weeks already. The Panthers have not had the most difficult schedule to start the season, but they are in second place in the NFC South nonetheless. The Panthers score 24.4 points per game and allow 23.6 points per game to the opposition. Heading into this season, the Panthers' biggest question mark was on the defensive side and in particular, the secondary. Overall, the Panthers have done a solid job defensively, allowing 21 points or less in all three of their last three games.

The Bears open as the 2.5-point favorites in this game on the road. I think this game will be a low-scoring defensive battle, as many Bears' games go. I like the first team to 20 points winning this game, therefore I will take the under 43.5 here. 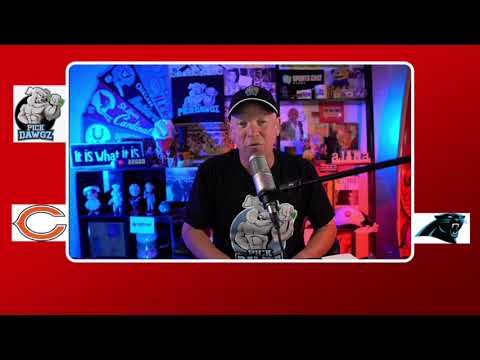