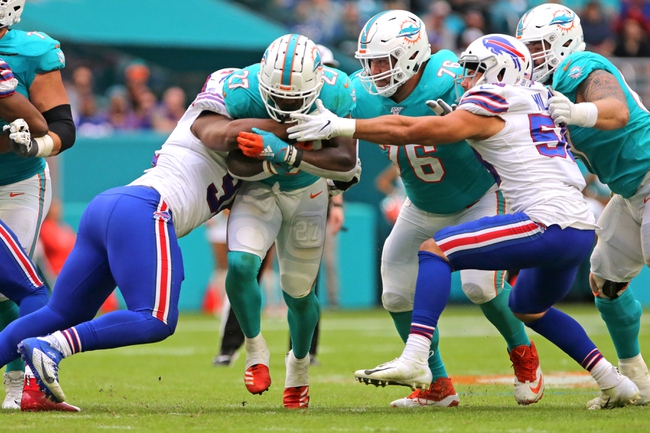 The Miami Dolphins are 1-3 on the season and are coming off a 31-23 loss to the Seattle Seahawks in week four of the NFL season. The Dolphins defense played well for a majority of this game, holding Russell Wilson and company in check for a good part of the game. In the 4th quarter, the Seahawks were able to distance themselves away from the Dolphins, giving Miami its third loss of the season. The Dolphins will now play their second straight NFC West team in the 49ers in week five, but this game will be on the road. The Dolphins score an average of 23.3 points per game, which is a bit below average in the NFL. The Dolphins allow 24.0 points per game to the opposition, which is not too shabby for a young and inexperienced team like this. The Dolphins have shown some promising signs this season, but there are still a lot of holes in the roster. A big question remains, when will Tua be given the chance at quarterback?

The San Francisco 49ers 2-2 overall and 0-2 at home this season. The 49ers took a 25-20 loss to the Philadelphia Eagles in week four of the season at Levi's, and it was not a sharp performance by the offense. Other than George Kittle, the 49ers offense could not get much going against a feasible Eagles defense. Nick Mullens threw two interceptions in the loss, one being an awful pick-six on a pass that looked like it was designed for the opposing team. Mullens was replaced by CJ Beathard, and Beathard managed to give the 49ers a fighting chance at the end of the game. Injuries have killed the defending NFC champions, as this team is somewhat unrecognizable. When guys like Jimmy Garoppolo and Raheem Mostert return, the 49ers should be able to compete again.

The 49ers are 8.5-point favorites in this game at home. I think this is too many points to lay, even if some of the starters make a return this week. I am going to take the Dolphins and the points here.

Get Premium Picks Start Winning Now »
The pick in this article is the opinion of the writer, not a PickDawgz site consensus.
Previous Pick
Cincinnati Bengals at Baltimore Ravens 10/11/20 NFL Picks and Predictions
Next Pick
San Francisco 49ers vs Miami Dolphins NFL Pick and Prediction Sunday 10/11/20 Week 5 NFL Betting Tip