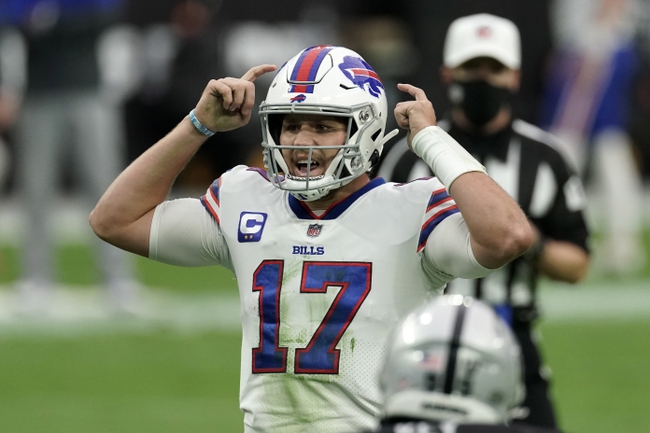 The Buffalo Bills will travel to Nissan Stadium to take on the Tennessee Titans this Sunday afternoon in NFL action.

The Buffalo Bills stayed perfect on the season, improving to 4-0 on the year, after defeating the Las Vegas Raiders, 30-23, this past Sunday. Buffalo led by just a 17-16 margin heading into the 4th quarter, however, the Bills were able to score 14-unanswered points, capped off by a 2-yard TD run by Devin Singletary, to pull away in the 4th quarter for the victory. Buffalo was outgained by Las Vegas by a 383-336 margin, however, did win the turnover battle by a 2-0 margin in the victory. Leading the way for the Bills was Josh Allen who completed 24 of 34 passes for 288 yards & 2 TD’s.

The Tennessee Titans come into this game with a perfect 3-0 record, however, had to miss time last week due to a COVID-19 outbreak that saw multiples players and staff get affected. Prior to the outbreak, Titans stayed perfect by defeating the Minnesota Vikings, 31-30, in Week 3. Tennessee trailed early in the 4th quarter, however, was able to pull off the victory after back-to-back FG’s of 54 & 55 yards by Stephen Gostkowski over the final 6:31 of regulation gave the Titans the victory. Leading the way for the Titans was Derrick Henry who had 119 rushing yards & 2 TD’s in the victory.

This will be a solid matchup as we have a battle of undefeated teams, however, it is going to be hard not to side with the Bills although they are favored on the road. Tennessee is a solid team, but I can’t say I’ve been overly impressed by the Titans this season as they won by just an average of 2.0 ppg agianst three very bad teams in Denver, Jacksonville, & Minnesota who are a combined just 3-9 on the season. Buffalo has been solid agianst the run which should limit Derrick Henry’s damage as Josh Allen has been playing like an MVP to start the season, I think the play here it to take Buffalo to cover. Good Luck!

Update (10/12) - The Titans didn't have any new test positive for COVID-19 yesterday so as of right now, this game is still on track to be played tomorrow night. As of right now the line is +3.5 Tennessee, and I'm still feeling that Buffalo is the play here as I'm just worried that the Titans come out a bit flat and rusty after having their last two weeks interrupted due to COVID-19. Good Luck! 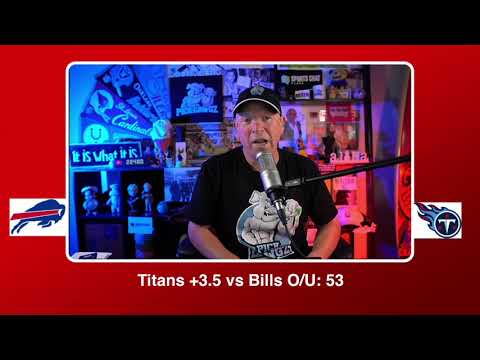